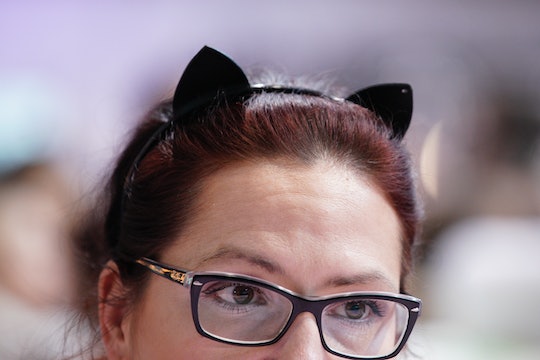 We Must Call Out The Karens

At first I didn't recognize the woman ahead of me in line. But when she started rudely making nonsensical demands of the cashier and turned to me with a sigh that said "Can you believe that we have to put up with these people?" it became all too clear. The entitlement, the rudeness: this was a Karen.

If you're not familiar with the "Karen" meme, Aja Romano's deep-dive for Vox describes the phenomenon thoroughly, but I'll summarize. To be a Karen is to be a middle-class, Gen-X white woman whose sense of entitlement is rivaled only by her desire to speak with a manager. (Karen loves talking to managers, not only because she sees retail and service workers beneath her but she's accustomed to authority figures taking her side.) She has children, who often have to be taken to soccer practice, and she loves them almost as much as posting about her MLM business on Facebook. Her sassy haircut gives her the confidence she needs to tell her child's pediatrician that she's "done her research" about vaccines (usually by reading headlines and skimming) and knows better than their decades of medical training.

Karen is rude. Karen is hypocritical. Karen is privilege personified. Karen is not a real person; she is an internet-generated stereotype for the purpose of making people laugh, but she is at the same time 100% a very real type of person and therefore resonates. Karen is truer than truth.

On the surface, there's enough there that already positions me pretty well for the realms of Karendom.

While Karens will generally make themselves known fairly quickly — whether by telling the barista just how long they've been waiting for their frapp or starting a sentence with "I don't mean to sound racist but..." (it sounds racist because it is racist, Karen) — most spend good chunks of their lives walking around unnoticed. It won't be until they've let you know just how offended they were by the J. Lo/Shakira halftime show that you'll realize "Oh damn: I've been Karened."

And this is where things get interesting.

My Karen, the one being rude to the cashier, mistook me for a fellow member of the Karen Crew.

Which leads me to an uncomfortable truth: it is entirely reasonable for someone to mistake me for a Karen. On the surface, there's enough there that already positions me pretty well for the realms of Karendom. I'm a 37-year-old white woman living in Connecticut with two children. I'm often found taking those children to Girl Scouts, baseball practice, ballet, or karate. I volunteer with the PTA. Target, aka Karen Central? Love it. My Starbucks order? Soy chai latte — sufficiently Karen-y.

Sure I don't have a Kate Gosselin haircut or 3,300 Live Laugh Love signs covering my walls, and I love me some vaccines, but I have the thing that truly gives Karens the sense of entitlement that fuels the rest of their obnoxious behavior: a white, female, middle-class existence. (Maybe she's born with it... ♫maybe it's privilege!♫) Moreover, we each, inside of us, contain the seeds of a Karen — the implicit bias and situational selfishness that can manifest as aggressive drive-thru behavior or expectations of priority-treatment at Dry-Bar. This is why it's important to align yourself outside the realm of the Beckys/Karens/Nancys.

Some consider the sobriquet offensive... I don't. Karen is there to remind you to be kind, be humble, and realize the world doesn't revolve around you or your family. She is there to remind you to call. out. the. Karens. And not just the ones you don't know, but those you see at parent pick-up every day. The ones who hold sway in your office. The ones you're out to lunch with who are getting salty with a waitress doing her best. You can be friends with her... but not if she's going to unleash her inner Karen.

It might be awkward, but better to be awkward than Karen-Complacent. For you, would-be-Karen, are in a unique position to be heard. Use your privilege for good. The next time you see her start to Karen, ask to speak to her manager.