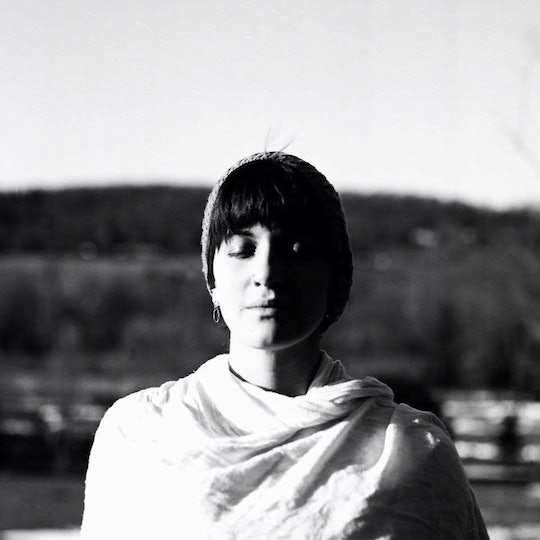 Courtesy of the individual featured

It's been seven years since my first miscarriage, and it still hurts today as badly as it did then. At the time, I remember struggling to put into words what I was experiencing. I remember not knowing how to ask for what I wanted and needed. I didn't want to make anyone sad for me, but I needed to talk about the fact that I'd lost my baby and that it'd torn me apart. I remember every time I tried to talk about what happened, people made me feel like my baby wasn't "old enough" for me to miss it. Often, the words people used to comfort me didn't offer any comfort at all. I know the language used to talk about miscarriages and stillbirths can be hard to navigate, but there are so many things moms wish people knew about miscarriages and stillbirth deliveries. I don't think it's possible to know all the "right" things to say to someone who's mourning the loss of a child, mainly because there's no "right" way to comfort a parent experiencing this. But when a parent comes to you to talk about the child they no longer have in their arms, or inside of them, there are plenty of things you can do.

I had another miscarriage this past spring, which came as a surprise since I was on birth control and also on the fence about having another baby. When I realized what was happening, my memory flooded with the awful memories of what I'd gone through seven years earlier. I stayed in my bed, curled up, devastated over the pregnancy I'd lost. And I wished, once again, that I had the support of my friends and my community.

Even though pregnancy loss is common — 10 to 20 percent of pregnancies end in miscarriage, according to the Mayo Clinic, and according to the March of Dimes, one in 160 pregnancies end in stillbirth — talking about the loss of a baby is still very much taboo. But why? Below, nine moms share the things they wish people knew about the losses of their children.

My third child, my first and only daughter, Aurora, was stillborn at 38 weeks gestation on May 6, 2015. I had a textbook-perfect pregnancy and no complications. I went in for a routine visit [and] they could not find my daughter's heartbeat. Just like that, my world came crashing down and time stood still. I have that moment ingrained in my head forever. [I wish people knew that] child loss is is life-altering, [and that] you never get to be the person you once were before you lost your baby. I will never be the same mother, wife, sister, or friend I was before I lost my daughter.

I wish people knew that my baby was real to me.

I wish people could understand that the grief that comes with the loss is never-ending; it comes in waves and sometimes it's downright suffocating. I wish people wouldn't say, "I'm so sorry for your loss," because it doesn't make anyone feel any better. The grief is intense. It is thick. It is messy. It's a part of me forever. I will relive [the] moment [when] I got the worst news of my life until the day I meet my daughter in Heaven. I wish people would remember to say her name every single day, because hearing it lifts my broken heart and reminds me that her spirit lives.

I'm a transgender man with two living children, ages 12 and 9. [I've had] 13 miscarriages. [My] oldest would [have] be 18, [and my] youngest would [have] be 6. Losing a fetus can be like losing a part of your own self. It creates a wound that may heal, but will always leave a scar on your heart. This pain doesn't make you weak, [and] neither does asking for help. Reaching out for support from loved ones was the best thing I did. Not all miscarriages leave the same scars. And not everyone will feel the same during and after a miscarriage. Depending on the situation, the person with the uterus [who] was carrying the fetus can even feel relief and release of burden at the same time as loss and mourning.

Carolyn has a son, Martin, who's 1 year old.

I've had two miscarriages in my life, both after breakups. And in the moment, they both sucked; they hurt, I missed work, and, like everyone else, I felt like I was alone and shouldn't talk about it. But where I differ is that there was also a sense of relief. I wouldn't have to be tied to that person with whom I'd recently broken up [with] forever. Years later, I don't feel sad about either of [my miscarriages]. I never had an emotional tie to either baby. Not all miscarriages are automatically tragic. I have a son now, and he's the light of my life, and if I'd had that first child, I would have a third grader now and who knows where my life would've ended up?

I wish people knew that my anger is OK; [that] I don't need to be fixed.

As a surrogate who lost the baby at 17 weeks, it's heart-wrenching and confusing. So, so confusing. My mind was spinning because I always knew it wasn't my baby, but I loved it [anyway]. I worked for this baby and cared deeply for it and its intended fathers. [I wish people knew that a] stillbirth is still very much a birth. Labor is still labor with physical pain like a live birth, just with the added emotional pain and morose veil of what could have been. [I wish people knew that the] postpartum [period] is still very much postpartum: empty pit, pain, heavy bleeding, anxiety, depression, lactation. You have to deal with it fully. Even with all the support in the world as I had, postpartum is all on you. I didn't get the distraction of sweet baby smells, pictures, and excited exhausted parents making it all worth it. Just flowers and calls from the hospital constantly reminding me I lost.

One of the things I'm thankful for is my doctor telling me hold him when he was born, even though it sounded like a horrible idea at the time. They cremated him as a free service and we keep his ashes in a fig jar that we got from France during the pregnancy. I could never figure out where to spread his ashes because nothing seemed right. So we keep them in the house and move it from room to room. [We] sometimes take him with us when we go somewhere. Arrow is free to openly talk about how she misses him because she actually took it really hard, which always surprised me and also validated me.

It's hard to acknowledge that he is one of our children like any other. It would be easier if I just called it a miscarriage. But by calling him by name and holding his ashes and celebrating his birthday, I feel like I can still somehow have a relationship with him.

I wish people knew that the loss is the loneliest grief. It is a grief for something only I was truly connected to and a future that was real to me. Your child dying inside of you is a pain I can't describe. The loneliness is fueled by the expectation to 'get over it.' I wish people knew some basic sh*t like this list of things to never say, like, 'Well, you can alway adopt,' or 'It wasn't mean to be,' or 'God has a plan.'

I wish people knew that it's OK to ask me about my babies, that I am still a mother. A lot of people tried to take that from me.

I wish people [knew] that losing a baby is humiliating, disgusting, gruesome, and that nobody prepares you for it. They don't send you home [with] pamphlets or supplies, they just send you away. Your hormones are f*cked for a while, [and your] HCG level can take many weeks to return to normal. It's awful.

"I wish people knew that it's OK to ask me about my babies, that I am still a mother. A lot of people tried to take that from me."

Sometimes I worry I bum people out when I talk about him. But I need to. And sometimes there are tears. But we're all smiling at the end of it. I make sure of that.

It’s hard to say what I wish people knew, as my situation is ongoing: I am five months pregnant with fraternal twins, one of whom has a chromosomal disorder of such severity that she will not survive outside the womb. Terminating her risks the life of her brother; allowing both pregnancies to continue risks bringing her immense suffering. I have some weeks to decide.

I suppose it would be more accurate to say what I hope. I hope that the people in my life will understand that the loss of my daughter, even if it occurs while she is in utero, even if it occurs as the result of my choice, is still exactly that: the loss of my daughter, whom I love, whom I wanted and planned for — whom I still want, more than my own breath. I hope that the people in my life will see that the decision to terminate, if it comes to that, will be coming out of this mother’s love; that even before I’ve had a chance to hold her, the need to protect her is so great that I will go so far as to protect her from the world outside my womb if that world is the threat to her safety and comfort.

Jen has a daughter, Caitlyn, who's 2 years old.

I wish people knew not to be afraid to ask about my son. It stings to talk about [him], but it's a healing sting. I'm so proud of every second I had with him, and I can't wait to share it all with the world. Of course, there is always that moment [when I realize] he's not napping in the next room or currently at his grandparents' house bonding with them. [That's when] I pause, reflect, and exhale.

Talking about Declan keeps his memory alive in my heart. Sometimes I worry I bum people out when I talk about him. But I need to. And sometimes there are tears. But we're all smiling at the end of it. I make sure of that.

More Like This
Mom Gives Birth To Record-Breaking 16-Pound Baby
Does The FDA's Plan To Limit Lead In Baby Food Go Far Enough?
5 Superstitions About Babies Born On Valentine’s Day
What Foods Fight Nausea During Pregnancy?
What Parents Are Talking About — Delivered Straight To Your Inbox