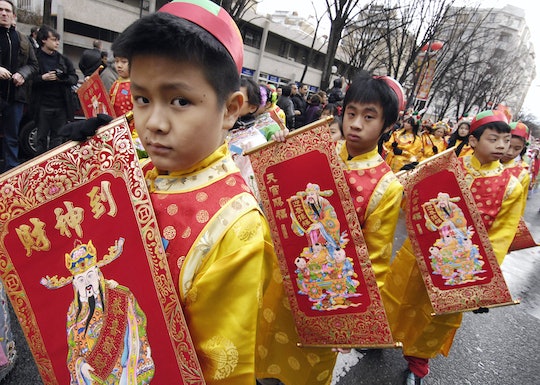 What Animal Is 2020? This Chinese New Year Is All About Renewal

New Year’s can be exciting with the promise of what will come, and 2020 proves to be no exception. For one thing, it’s the start of a new decade, which is thrilling in and of itself. Plus, with the number 2020, it will hopefully offer more insight into your future (you know, 20/20 vision and all that). But what about Chinese New Year? What animal is the year 2020? Well, it might not be the cutest, but it definitely can bring good fortune in a lot of ways.

Saturday, January 25 starts Chinese New Year, and 2020 is the Year of the Rat. The holiday will run for 15 days, until February 8, according to the website ChineseNewYear.net. Although it sounds ominous to have a slinky, sneaky rat as the animal of the year, it’s really not. There are 12 animals in the Chinese zodiac, and the Rat is the first one. (The others are the Ox, Tiger, Rabbit, Dragon, Snake, Horse, Goat, Monkey, Rooster, Dog, and Pig.) Because of the 12-year rotation, the last time it was the Year of the Rat was back in 2008. Since the Rat is essentially the leader of the pack, this year will be associated with renewal, according to Reader's Digest, which is a great way to start a new decade.

Unless you own one, rats aren’t necessarily considered the cuddliest of critters. And as such, you might think that the Year of the Rat might not be a good thing — but you’d be wrong. In the Chinese culture, the rat is a symbol of intelligence, explained China Highlights. And due to its ability to survive natural calamites (like earthquakes and floods), the rat was actually revered as an almost god-like creature by the ancient Chinese. It’s also mighty fertile, (some rats can have upwards of 2,000 babies in a single year, reported Live Science), so they’re viewed as a symbol of abundance.

But even though it might be the Year of the Rat, 2020 is associated with more than just the rodent. There’s also the natural elemental component to consider: Whether a year falls under the category of Wood, Fire, Water, Earth, or Metal is said to help shape the months ahead, as is the idea of yin and yang. Since the main zodiac element for the upcoming year is metal, technically 2020 will be the Year of the Metal Rat, and the Rat is a yang, representing the dawn of a new day. All of these things come together to determine if 2020 will be a good year for you.

So what can you expect from the Year of the Metal Rat? Very good things, actually. In fact, this Metal Rat Year will be one of prosperity, strength, and luck for almost all of the Chinese zodiac sings, Chinesezodiac.org reported. Phew.

All of this means that if you’re planning on launching a new business, going back to school to finish that degree, or even starting a new hobby, you’ll probably have the determination and drive to make it a reality. So even if rats give you the heebie jeebies, the 2020 Year of the Metal Rat promises to be one of success and good fortune for all. Which might make you look at that street rat in a whole new (and respectful) light.