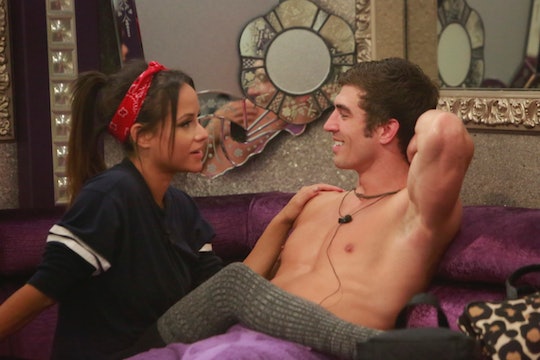 It seems almost every houseguest on this season of Big Brother has tattoos. However, because the show is shown on national TV, sometimes they have to keep their tats covered up so the show can avoid copyright infringement lawsuits. So what are Jessica's tattoos on Big Brother 19? Some of them are very personal.

One tattoo that's clearly very meaningful to Jess, is the roman numerals she has on her arm. The numerals "VIII.XVIII MCMLXVI" mark the date, August 18, 1967, which seems to be her father's birthday. Jessica has mentioned on the show that her dad died a few years ago and he was the one she used to watch Big Brother with. Jess has also cited her father as being one of the biggest motivators for her being on the show and how she just wants to make him proud.

It was the anniversary of her father's passing that led to a fight between herself and Josh. The day that Jessica won the Head-of-Household competition was the anniversary, something Josh apparently knew. However, during the competition he taunted Jessica and Cody and sent his punishment to Jessica during the game. Jess felt that was a very personal offense and hasn't really forgiven him since then.

Jess's other tattoo seems to be less personal and says, "Ciao Bella." The tat is located on her left hip. Based on her Instagram post, it's clear she got that one with a friend, but it's unclear if there's a deeper meaning to it, or if it was just for fun. Either way, it looks cute.

It's hard to see if Jess has any other tattoos but based on her social media, those are the most important ones.

Jessica has played a pretty great game in the Big Brother house thus far, however, she's made multiple mistakes that have probably cost her $500,000. For one, she didn't use the Power of Veto when she had the chance and rather than sending her target, Josh, home, her pawn, Ramses, was sent packing instead. Now Josh is HOH and Jessica sits on the block as the special third nominee after losing the Temptation Competition.

Though Josh has claimed in his diary room confessions that Jess isn't his target, the house may not agree. Paul is dead set on sending Jessica out the door and thus far the house has done whatever he wants. Jessica's only guaranteed way to safety is to win the Power of Veto competition on Wednesday, but something, or someone, may stand in her way.