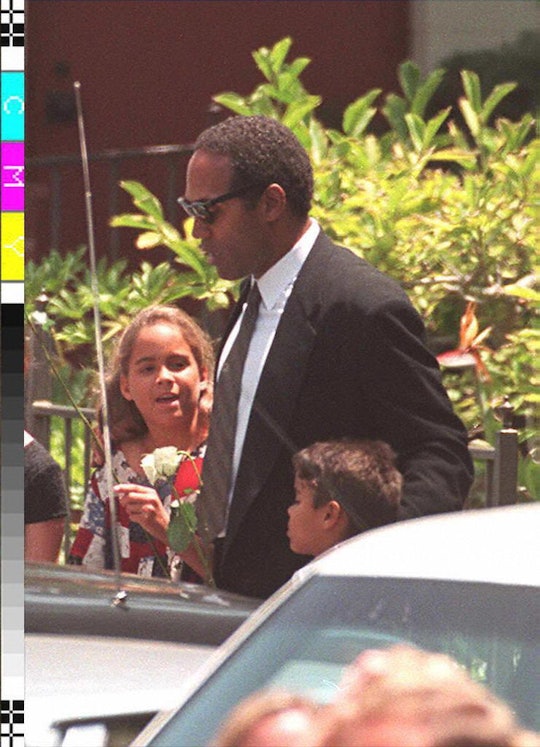 FX announced plans to premiere its new true-crime show, American Crime Story, on Feb. 2, and its first case has been considered one of the most sensational in court history. The first season, subtitled “The People vs. O.J. Simpson,” will delve into the criminal trial surrounding the murders of Simpson’s ex-wife Nicole Brown Simpson and her friend Ron Goldman. And since it’s been more than 20 years since the nation watched the details of that case unfold, the FX show will undoubtedly touch on some of the questions that went unanswered when the cameras stopped rolling the first time. For instance, the ex-couple’s children, Sydney and Justin, were very young when their mother was murdered. So hopefully, the 10-part series will share what O.J. Simpson and Nicole Brown’s kids are doing today and how they’ve adjusted in the years since their mother’s tragic — and very high-profile — death.

FX had good reason for choosing the Simpson trial as its first focus. In June 1994, Brown Simpson and Goldman were found dead in the courtyard of her Brentwood, California, condo. Within days, the story grabbed the attention of the entire country for two reasons: first, Nicole was the ex-wife of former football-star-turned-actor O.J. Simpson. And second, Simpson himself was being investigated for the gruesome murders. Simpson was acquitted on both of the murder counts.

Dubbed “The Trial Of The Century” by CNN and others, the wall-to-wall coverage of the investigation and Simpson’s criminal trial was America’s first real dose of true-crime reality television.

While the Simpson children have stayed out of the media spotlight in the years following the trial, the Brown family has spoken publicly about how the family helped the kids adjust after the court cases. According to Radar Online, the Brown and Simpson families agreed to split custody of the couple’s young son and daughter after the trial. At the time of the murders, Brown Simpson and Simpson's children, Sydney and Justin were just 8 and 5, Radar reported. And, in an exclusive interview in 1994, Brown Simpson’s younger sister Tanya, said that the family had been committed to giving them as normal an upbringing as possible:

After the trials were done, my mom and I were like Team Brown. We had a meeting point where we transported the kids and picked the kids up and dropped the kids off. We were in constant contact with him because of the kids.

Working with Simpson to raise the children certainly wasn’t easy for Brown, Radar reported. In her interview, she revealed that she and her family believed Simpson was responsible for the murders, which made interactions with Simpson fraught with grief and anger:

I had to go and pick the kids up at the house where he lived, and I saw him. It was hard for me, but I did it. My mom gave me a pep talk, like, ‘You’re doing this for the kids.’ I entered the home, packed their bags. I went into his home and I saw the furniture I used to sit on [when Nicole was alive]. I was so foggy, but I had to put on the face because this is their dad. They will always love their dad. I choose to respect that.

Again, Simpson was acquitted for both murders. Simpson's layers, Patricia Palm, Ozzie Fumo, and Tom Pitaro, did not immediately respond to Romper's request for comment regarding allegations that Simpson committed the murders.

Brown’s sister told Radar that the family’s diligence and sacrifice had paid off and — 20 years after Brown Simpson’s gruesome death — Sydney and Justin were doing well. “They’re in their late 20s. They’re professional. They’ve gone to college,” Brown told Radar. “They’re in relationships. They’re happy. They’re just like us.”

In an interview earlier this month for People magazine, Brown added that 30-year-old Sydney and 27-year-old Justin continue to thrive. “They are so grounded," she said. "I am so proud of what and who they become.”

Since show creators Scott Alexander and Larry Karaszewski relied on court transcripts and Jeffrey Toobin‘s book, The Run of His Life: The People v. O.J. Simpson as the basis for their FX mini-series, it’s unlikely that viewers will get much detail about how the Brown and Goldman families fared after the proceedings. In fact, Brown told People, the show creators didn’t contact the victims’ families at all for input.

That could help the FX series to escape the claims of bias that have plagued other true-crime dramas like Netflix’s Making a Murderer. But it also means that the well-woven veil of privacy that has kept the Simpson children out of the public eye for more than 20 years will probably stay firmly intact.