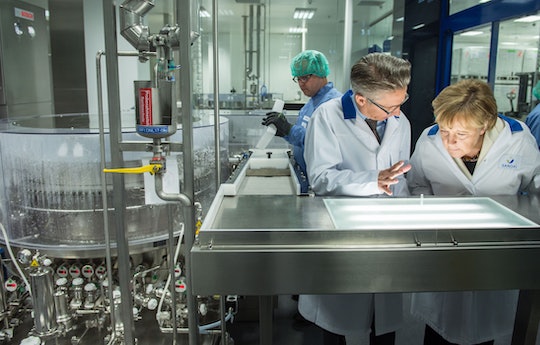 Raising a child struggling with a developmental disorder can often feel like a lonely business, particularly when parents are unable to define the disorder themselves. When your child has trouble communicating, learning, and developing physically, questions can haunt you. Did this come from me? Are their any other children out there like my child? If I want to have another baby, what are the odds of that baby struggling with developmental disorders? A new, comprehensive study might shed some much needed light for parents. While 14 new developmental disorders were discovered by scientists, the study went a long way to answering questions for parents who felt left in the dark.

The study was conducted by 200 clinical geneticists as a collaborative effort through the United Kingdom and Ireland, and the results could mean better access to support for families who have felt as though they were going it alone. According to first author of the study (which was first published in Nature), Dr. Jeremy McRae:

Each of these disorders is incredibly rare, so the large number of patients in this study was crucial to diagnosis. An individual doctor may see only one case, but by collaborating with hundreds of NHS staff and researchers we were able to link children from clinics across the British Isles. This allowed the team to match up children with similar disorders within the project and provide diagnoses for them.

Approximately one-quarter of the children who took place in the study were able to be diagnosed after the discovery of these new mutations. Dr. Hurles of the genetics department of the Sanger Institute, told the BBC:

Finding a diagnosis can be a huge relief for parents and enables them to link up with other families with the same disorder.

Katja Kyd, whose daughter Tamika was diagnosed with the same developmental disorder as nine-year-old Caitlyn Hunter, told the BBC she was relieved to discover another family going through the same issues she's been struggling with. Though the genetic fault that Tamika and Caitlyn share is so rare, only 11 children have been diagnosed with it so far, the two live only 20 minutes apart.

To look at a stranger's child and see so many similarities with your own daughter gives you goosebumps - to look at them they could be twins.