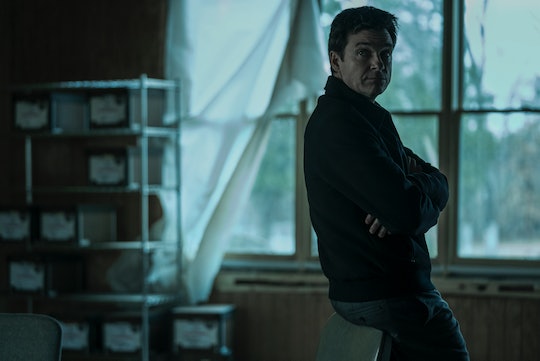 At the end of Ozark Season 1, Marty came up with the on the fly idea to open a casino in order to launder more money more quickly — and keep the cartel and the Snells off his back. So when Season 2 premiered, the casino is Marty's primary focus. But opening a casino is not as simple as just installing some slot machines and calling it a day. So it makes you wonder, what are the real Missouri laws about casinos? On the show, Wendy and Marty have to jump through a lot of flaming legal hoops to get this project off the ground. And it turns out Ozark is actually pretty realistic when it comes to the laws about casinos. I'm not sure how true to life Marty's dealings with the powerful drug cartel and opioid farmers is, but when it comes to casinos, it doesn't stray too far from reality.

On the show, Marty and Wendy work hard to gain enough senate votes to pass a bill so that the state will allow 14 casinos to be open at one time, instead of the previous 13. In real life, there really is a Missouri casino cap. The Missouri Gambling Loss Limits Act was put into effect in 2009 and increased state casino taxes, while also putting a limit on the number of casinos allowed to be opened in the state of Missouri. Residents of the state voted on the proposition, and with 56.17 percent, it passed in 2008. On the show, Marty and Wendy are trying to raise the cap on casinos, and open their establishment on a river boat. If the cap was raised in real life, he very well might open a riverboat casino. In fact, all 13 of the real life casinos in Missouri are riverboats or built on barges to have the appearance of being on land.

In Ozark, Marty and Wendy struggle to win the right number of senate votes to make the bill pass, wooing a powerful right-wing senator named Wilkes to help push it through. In real life, a 2010 article from the St. Louis-Post Dispatch claimed there was some concern that if the casinos in Illinois increased, Missouri might take a hit from the losses. At the time, the fear was that the state could be forced to increase the cap, if only to keep up with the competition. As it stands, though, Ozark seems to be keeping in line with the real Missouri laws.

The writers behind Ozark seem to have done their homework. I’m not sure how easy it would be in real life to get enough state senate votes for such a bill to pass, but you can't deny that Wendy's ruthless lobbying is pretty impressive — in my opinion more impressive than any of Marty's smooth talking.

In case you'd forgotten, this casino is vitally important to the Byrde family. In Season 1, if Marty didn't launder $8 million, the cartel would come and kill him and his entire family. Now, in Season 2, Marty needs to move $30 million in order to keep the cartel from killing him and his entire family — while in bed with the Snells, strict adherents of the shoot first, ask questions later school of thought. Basically, this casino deal needs to go off without a hitch.

Regardless of how realistic Ozark’s actual premise is, at least it sticks pretty close to the real life laws and regulations for Missouri casinos. I don’t know how successful Marty will be with this particular business venture, but let’s just hope it works out for his family’s sake.