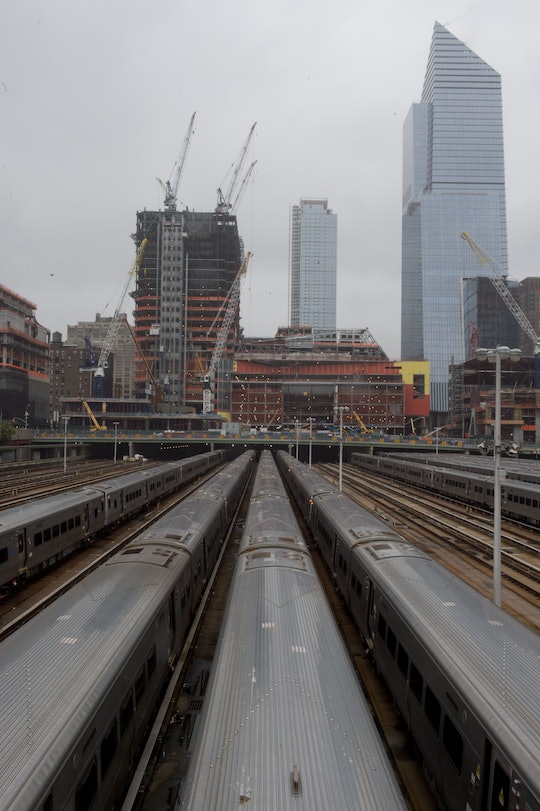 It was a pretty frightening commute Wednesday morning for people taking the Long Island Rail Road commuter train. Passengers traveling into New York reportedly felt "a big bump" as the train hit the platform at the Atlantic Terminal in Brooklyn. New York's Office of Emergency Management discovered what caused the LIRR train derailment that left more than 100 passengers to suffer non-life threatening injuries: the train reportedly hit either the bumper or the platform at a low speed.

The train traveling from Far Rockaway was partially derailed just after 8 o'clock on Wednesday morning, in the middle of the busy commute. ABC News reported that the train was traveling too fast and ended up overshooting the platform, slamming into the bumper instead. This caused an abrupt stop and found passengers banging into each other and falling down. One passenger described the scene as "pandemonium," with the force of the stop actually lifting passengers out of their seats. Daniel Alvarez, another passenger on the LIRR train, told The New York Daily News:

It ran into one of the bumpers and jolted up. Everyone in the train just went flying. I fell into a woman and she fell into someone else. There were a few people not able to walk, that had to be brought out on stretchers, I hope everyone's OK.

Officials on the scene told NBC Washington that 103 people were treated for minor injuries as a result of the derailment. MTA Chairman Tom Prendergrast was at the scene on Wednesday morning and explained that the impact of the train hitting the bumper caused the wheels of the first car and the axle to get knocked off the tracks. While the passengers were left badly shaken by the morning's events, New York Gov. Cuomo said the worst of the reported injuries appears to be a broken leg.

The LIRR train derailment caused serious traffic and transit delays, with several roads closed in the area. Police shut down one entire block around Barclays Center, as emergency crews arrived on the scene to deal with the aftermath of the derailment. MTA Chairman Prendergrast said commuters can anticipate a return to normal service for the afternoon rush, as five other tracks will be operating out of Atlantic Terminal.

Around 600 people were reportedly taking the train on Wednesday morning. Luckily, many passengers were able to walk away from the train derailment without injury... it could obviously have been much, much worse.