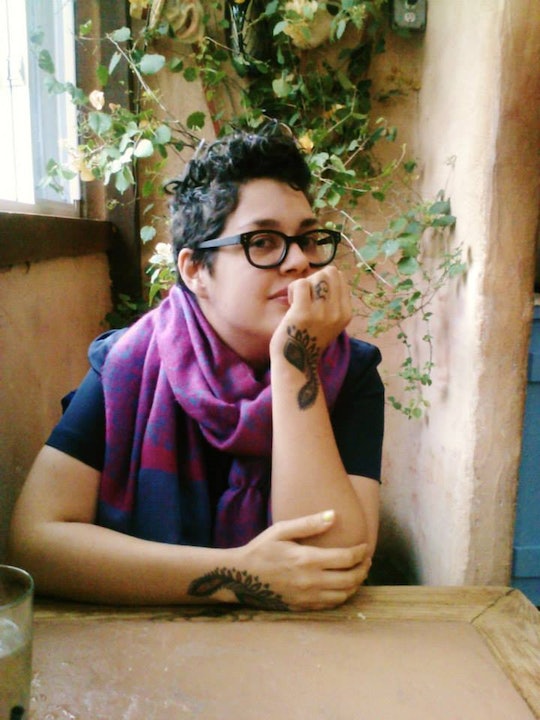 I am a non-binary transgender person. While I was assigned female at birth, I don't identify as a woman; the gender binary doesn't fit for me. It never has. Sometimes I feel more masculine than feminine. Sometimes I feel more feminine than masculine. Most of the time I feel like neither construct really applies. My pronouns are they/them/their. It took me a long time to figure out my gender identity. The messiness of it made it hard to parse for a long time. But one niggling thing that was always true was that I felt uncomfortable in "women's spaces." I felt like an unwitting intruder. I was perceived as an insider, but I didn't feel like I was one. I had that tension over and over again until I finally figured out it was more than me missing cues and not quite fitting. That other people had a similar experience. That I was non-binary.

There is another side of that coin. In those women's-only spaces, what I was feeling was an undercurrent of exclusion. Those were spaces designed for and welcoming to, specifically, cisgender women. And I wasn't one. Many women's only spaces inadvertently exclude non-binary people and transgender people — or directly, explicitly exclude us. And because of that undercurrent of exclusion, I tend to be wary about Women's Anything.

The questions I often have are whether space is being made for transgender people, whether gender is being equated with biology. If I go into this space, will my gender identity be questioned? Will I be welcome? Will I be able to contribute? Should I contribute? This is the tricky line I walk with being woman-adjacent but not actually being one.

The link between women and work has remained strong throughout the history of International Women's Day. The UN-selected theme for IWD this year, for example, Women in the Changing World of Work: Planet 50-50 by 2030. As a holiday meant to focus on issues of parity facing women, whether cisgender or transgender, I think International Women's Day remains important.

For me, being visible on A Day Without a Woman means wearing red at work on March 8. It means writing articles like this. It means talking to my son about why it's important for him to clean up after himself so his mom doesn't have to.

Women's work is still devalued in our society. There is still a wage gap, one exacerbated by the intersection of race and gender.[ Fields dominated by women, like nursing and teaching, pay below what other fields with comparable levels of education do. When men do enter these fields, they are still paid more than women workers. We pay teachers here in the United States much less to do more than in other countries with better-performing education systems. The fact that we are asking our teachers to go above and beyond while earning a pittance is not surprising when you think about how teaching is framed — as a motherly field, as a calling, as women's work. Nurturance. We shouldn't have to pay women to do something they are supposed to be biologically, naturally better at, right?

Wrong. The fact that women — cisgender and transgender, women of color and white women — still have these consistent patterns of employment and lack of parity is something to notice and fight against.

And it's OK if I, as a non-binary person, is not at the center of this fight. I don't have to be. I can be in the background helping out. For me, being visible on A Day Without a Woman means wearing red at work on March 8. It means writing articles like this. It means talking to my son about why it's important for him to clean up after himself so his mom doesn't have to.

There are only so many days I can take off of work, and I have to hoard them in case of emergencies. And more than that, this is not a time for me to center myself. I won't be at the women's strike. I'm planning to check out some events the day of, but I'll be at work, with open ears if anyone wants to talk about the significance of the day, wearing a red dress.