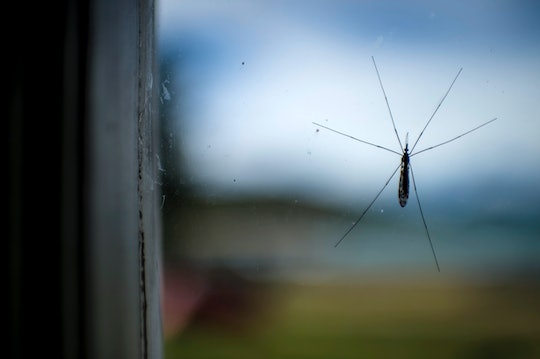 What Countries Are Free Of The Zika Mosquito? The Summer Will Bring A Bigger Threat

Each year, during rainy seasons, outbreaks of mosquito-transmitted viruses like dengue and chikungunya get a spike in numbers. This year, there's a new, scarier player in town: Zika virus has been spreading at an alarming pace, bringing with it increased rates of microcephaly in fetuses and neurological disorders among those infected. If you're pregnant and in a Zika-affected country, you might be considering booking a temporary vacation elsewhere — but what countries are free of the Zika mosquito?

Luckily, the Aedes aegypti mosquito has been studied for some time, due to its ability to serve as a vector for multiple diseases, including dengue, chikungunya, yellow fever, and now, Zika. (In reality, 19 species of Aedes mosquitoes can transmit Zika, although Aedes aegypti remains the most common vector.) It's a mosquito that's found in tropical and subtropical areas around the world, as well as a few temperate zones.

On the down side, 40 percent of the world's population live in areas where dengue transmission is possible, and dengue is endemic in more than 100 countries, according to the Centers for Disease Control and Prevention. Dengue is not Zika — and dengue is more widespread — but the diseases are transmitted by the same mosquitoes, hinting at countries that could be affected by Zika either now or in the near future.

So far, 64 countries have reported Zika transmission, according to the World Health Organization, but authorities say the public should expect the virus to spread further. Dr. Marcos Espinal, the Pan American Health Organization's director of communicable diseases, recently said, "Zika virus will go everywhere the mosquito is. We should assume that. We should not wait for it to spread."

He also wrote on Twitter that the risk of Zika transmission is equivalent to the risk of dengue transmission, thanks to the Aedes. It's a warning that researchers' prediction maps seem to echo: temperate zones are at a higher risk of the virus, with many countries already reporting — or having reported in the past — occurrences of the virus.

Where won't the virus reach, however? While tourists from these countries may contract Zika while abroad, there is no Aedes vector in Canada and Chile in the Americas. The Americas have been hardest hit so far — which is why there is the best understanding of where it will spread — but there have already been incidents of Zika around the world, and many countries with Aedes mosquitoes are being warned. Even if no cases have been reported yet, countries in southern Europe, Africa, Asia, and Australia have been warned of Zika suitability due to the presence of Aedes vectors.

Those who are in places like Scandinavian countries, Russia, New Zealand, and the aforementioned Canada and Chile are likely to be safe from mosquito-transmitted Zika. If you're wondering about the safety of a single country, your best bet is to look up whether there have been incidents of dengue, yellow fever, or chikungunya in the country in the past, since it's a likely indicator of the risk of Zika. If you're in an affected area — especially if you're expecting — spread on some mosquito repellent, wear long sleeves, and remember that Zika can be sexually transmitted, so make sure to use protection.