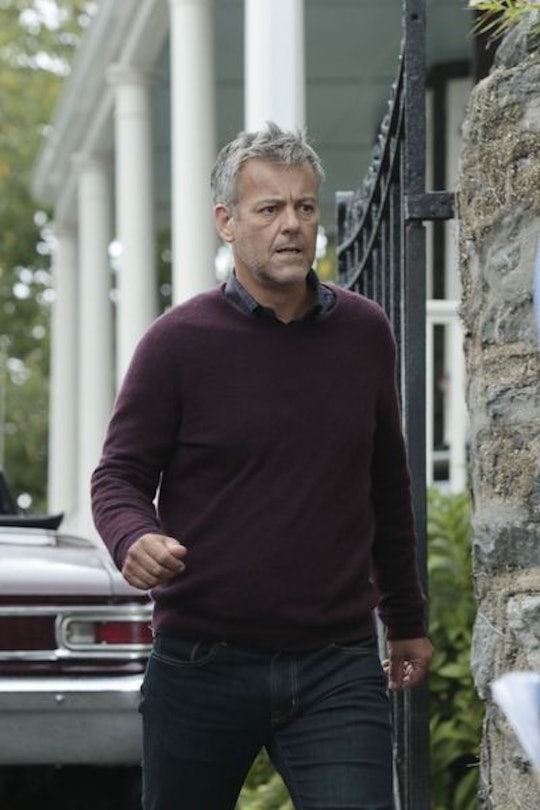 What Did Adam's Dad Do On 'The Family'? He Had A Big Part In Hank's Conviction

There are a lot of secrets that the Warren family has on The Family. On Sunday's episode, it is John Warren's secrets that start unraveling. The father of Adam — who has recently returned from a ten year hostage situation — has many secrets, but it was young Willa's constant questioning of if her dad "did it" that might have you wondering, what did Adam's dad do on The Family? While we don't know all of the details, yet, it appears that John is the reason Hank was incarcerated for Adam's disappearance all those years ago.

On Sunday, little Willa continued to ask her clearly on-edge father if "he did it." We didn't know what she was referring to the entire episode, although it almost seemed like we were meant to believe that he hurt Adam. We learn at the end of the episode that what John did was the reason Hank was incarcerated in the first place. John took Adam's ship in a bottle and placed it in Hank's underwear drawer and then called the cops as an anonymous tip, saying he heard screaming coming from the house.

It appears that Hank realized he was being set up because he noticed that his underwear drawer was askew when he got home and the cops were on their way. (Very observant, if I do say so myself.) But, despite knowing he was being set up, he still confessed.

I'm still unsure of why Hank confessed to killing Adam — which he didn't do, unless the returned Adam isn't the real Adam. In an earlier episode, Hank said he confessed because he knew that they (the police) had stuff on him (he is a sex offender), but murder seems like a very grand thing to confess to because of some dirt the cops had on you.

You might be asking why Adam's dad framed Hank. He seems to be sure of Hank's guilt in his son's disappearance at the time, so by placing the ship in a bottle in Hank's home then calling the cops to find the bottle, he is essentially speeding up the legal system process in arresting Hank for his crime.

But, it wasn't Hank's crime. So, while Adam's dad framed Hank, the real man who took Adam remained free. Of course, John didn't realize he was doing this at the time — halting investigation on his son's whereabouts — he thought he was getting justice against the man who hurt his son. Little did he know, he was actually doing more damage.