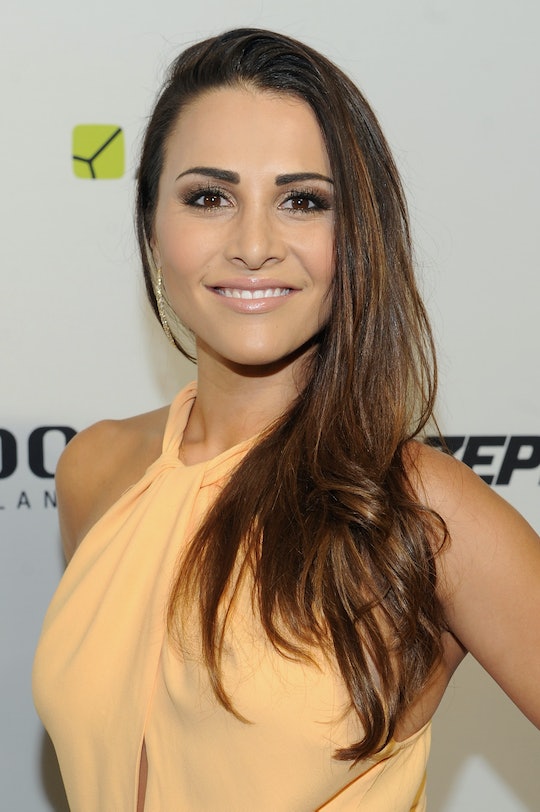 What Did Andi Dorfman's Book Say About Nick Viall? The 'Bachelorette' Star Is A Key Player

Finding love on a reality TV show is weird enough without letting it flow over into real life, where it can either blossom like one of those many roses, or fizzle out without the comfort of the cameras surrounding the couple. In Andi Dorfman's case, the love she found on The Bachelorette deflated so much after the show that she wrote a tell-all to talk about it. But what did Andi Dorfman's book say about Nick Viall? We all know that her season of The Bachelorette ended with Nick and Josh Murray as her final two, and Murray proposing and winning her heart in the end. But their engagement lasted just months before allegations were revealed by Andi, and the former Bachelorette decided to call it quits.

That being said, though, that doesn't mean there wasn't drama with her runner-up, Nick, who was quick to talk smack about her on her season's "After the Final Rose" episode. On the special, he told Andi that he basically didn't know why she slept with him in the fantasy suite if she wasn't going to choose him in the end. Look, Nick seems like a nice guy and all, but there's no reason to bring up what happened in the suite after the fact, just to try and slut shame Andi Dorfman on national television. What happens in the fantasy suite should stay in the fantasy suite, and his bringing it up just shows how insecure he was about the whole experience.

Then Andi released her book, It’s Not Okay: Turning Heartbreak into Happily Never, in which she released details about her eventually tumultuous relationship and engagement with Murray, and her awkward, "cring-worthy", and "lady boner killing" experience with Nick in the fantasy suite. In the middle of having sex — that's right, in the middle of it all — Nick reportedly stopped and asked Andi if she would rather "make love or f-ck," which OK, isn't the worst thing in the world. But Andi also wrote in her book that had the sex been "mind-blowing", she wouldn't have thought anything negative about the experience. Obviously, in her eyes, it wasn't.

"You want to confirm to the world what they probably already know, which is that two consenting adults who had been dating for seven weeks spent the night together without cameras and whaddaya know, had sex? ... Every part of me wanted to go all Georgia girl cray on his ass and fire back with some snarky response like, ‘Oh really? Is that what you’re calling it now, because I’m pretty sure you called it ‘f-cking’ when you were on top of me.’ But I didn’t. Instead, I held back for one reason and one reason only: my fiancé.”

Later, long after The Bachelorette and after they had any words, Andi wrote that Nick did make amends with her with an apology that she recognized as meaningful, if somewhat late.

"Sure, I was mad at him, but I never felt like he owed me anything. Did I feel betrayed by him? Absolutely. Did I think that his revelation caused my breakup? At times. But the truth is, while what he did had a damaging effect on my relationship, he wasn’t to blame. If it wasn’t his revelation, it would have been something else down the road. God knows Number Twenty-Six [Josh Murray] always seemed to find plenty of ammo for our fights."

For his part, Nick told E! Online "It's not my favorite book," but "explained that there is truth to what Andi wrote, even if it's not the whole truth in his eyes." Whether or not Andi's claims about her two previous romantic interests are true, it's obvious that one of them is kind of over it and the other is still holding such a grudge that he's trying to start another intense love triangle. Ahem, we're looking at you, Josh.