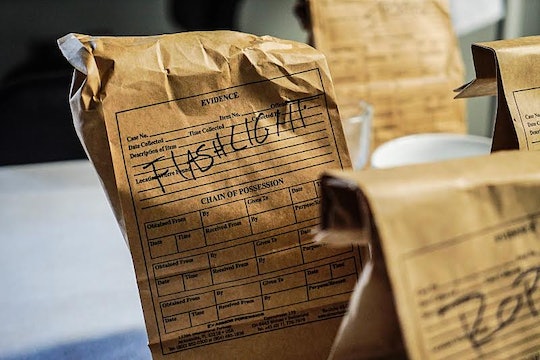 What Did JonBenet Ramsey’s Autopsy Report Say? It Prompted Even More Questions

An autopsy report can provide some of the most valuable answers in the aftermath of a tragedy, especially where it concerns the death of a child. When JonBenét Ramsey died on Christmas night, 1996, the mystery surrounding her final hours would go on to perplex detectives, and the world, for another 20 years. What did JonBenét Ramsey's autopsy report say? It actually prompted more questions than answers.

When someone dies unexpectedly, an autopsy is performed as soon after death as possible, sometimes in a hospital and other times at the medical examiner's office or crime lab, particularly if the death was deemed suspicious. If police believe that a crime has occurred, the medical examiner will be a key player in obtaining evidence that could lead investigators to the person responsible.

The case of JonBenét Ramsey began as a missing child case. Her parents, John and Patsy, woke up early the morning after Christmas Day in 1996 and discovered that their 6-year-old daughter was missing from her bedroom. A ransom note discovered on the staircase said that she had been kidnapped.

Patsy called the police to report her daughter missing, and investigators arrived on the scene. What happened from there has fascinated, and at times horrified, the American public over the last 20 years. What we do know is that John Ramsey discovered his daughter's body in the basement several hours after the ransom note was discovered. Her body remained in the Ramsey home for the rest of the day, until the medical examiner arrived just after 8 p.m. local time. JonBenét's body had been covered with a blanket and a sweatshirt.

John E. Meyer M.D. was the pathologist who conducted the autopsy on JonBenét Ramsey, at the Office of The Boulder County Coroner.

JonBenét had long, blonde hair fixed in two ponytails: one at the top of her head, one just below it in a half-up, half-down style. She had green eyes and was wearing a small, gold ring on one of her fingers. On the palm of her left hand, a heart was drawn in red ink.

Meyer then moved on to what she was wearing when she was found: a long-sleeved white shirt with a sequined, silver star on the chest. On the sleeve, there was some dried mucous — probably from her nose or mouth. She wore matching white, knit long underwear, beneath which she wore white panties that were embroidered with tiny roses and the word "Wednesday." The panties were soiled with urine and what Meyer describes as having "several areas of red staining."

Her injuries were extensive: she had abrasions on the side of her face, between her ear and jaw, and possible petechial hemorrhages — tiny, broken blood vessels— in her eyes. There are also several small, dark circles that police at one point thought might be marks made by a taser gun. This was never proven and no stun gun was ever recovered. She had a skull fracture and subdural hemorrhage (bleeding in the brain) as well as bruises on her brain.

He also noted a white cord tying her wrists together, and a similar kind of white cord wrapped around her neck and double-knotted around a wooden stick, fashioned to be a garrote. The wooden stick, he believed, was a broken paintbrush, which had the word "Korea" embossed in gold on its surface.

JonBenét also wore a gold cross necklace around her neck.

When the white, synthetic cord had been removed Meyer noticed a deep furrow circling her neck where it had cut into her skin, and was a purplish, rust-colored abrasion. She had similar abrasions on her lower back, with some "scratch-like" abrasions on the back of her left leg.

The most troubling, and perhaps unexpected finding, were physical signs that JonBenét may have been sexually abused by an unknown person. These findings suggested that at the time of her death, she had been sexually assaulted but that she may have experienced sexual trauma prior to the day she died as well.

All her major organs were normal for a 6-year-old girl, but Meyer did note that her bladder was empty. This, together with the urine stained underwear, lead many to the conclusion that she had wet the bed the night she died.

But the one piece of evidence found inside JonBenét's body, one that continues to confound detectives, were the contents of her stomach and small intestines: "Fragments of a yellow to light green-tan apparent vegetable or fruit material which may represent pineapple."

This was of note because at the Ramsey home, an unfinished bowl of pineapple had been found in the kitchen. If the medical examiner could determine how long ago JonBenét had eaten the pineapple, it could help detectives pinpoint her time of death, and became one of the most contentious elements to the case.

Official Cause of Death

After completing microscopic evaluation of the findings, as well as running toxicology reports that showed no drugs of any kind in JonBenét's system, Dr. Meyer ruled that the cause of death was "asphyxia by strangulation associated with craniocerebral trauma," which means that she suffocated due to the cord tied around her neck, and was hit very hard in the head before she died.

Twenty years later, her killer remains unknown. The Ramsey family was exonerated by DNA in 2008, although Patsy Ramsey died in 2006 from ovarian cancer. The only other suspect in the case, John Mark Karr, was also ruled out because the DNA found in JonBenét's underwear did not match his. To date, no one has ever been charged in the 6-year-old's tragic death.