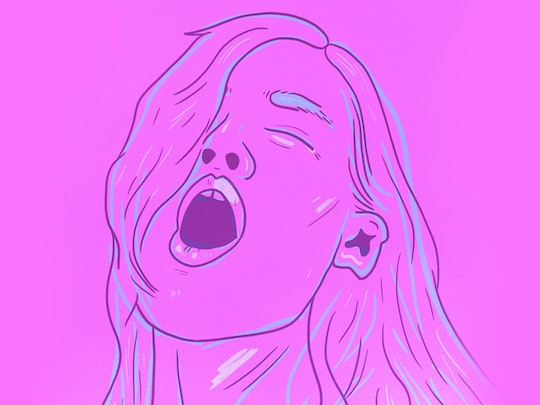 What Do Orgasms Feel Like After Having A Baby?

Becoming a mom means a lot of changes, like raising a child and making sacrifices, but it also means reinventing your priority list. And for a lot of couples, that sends sex and subsequent orgasms right to the bottom with diapers, bottle cleaning, laundry, and sleep taking the top spots. But sex doesn't have to disappear when you become a parent, nor do you have to be scared of it. If you're wondering what orgasms feel like after having a baby, there's only one way to find out, right?

As much as I want to tell you that orgasms are easier to have, more earth-shattering than before, and will somehow make the baby sleep all night, I can't. It turns out that while your orgasms can change after giving birth, there's no one-size-fits-all description for them.

According to Parenting, there's a lot of changes to your postpartum body that could actually make it more difficult to orgasm. Your sex drive may decrease, you could experience vaginal dryness (especially if you're breastfeeding), and any stitches you received during childbirth could make sex painful.

But on the flip side, because of childbirth, your orgasms could actually be better than ever. Clinical sexologist Dr. Kat Van Kirk told Women's Health that nerve compression from giving birth could actually increase your orgasm's sensitivity. In fact, there might even be evidence that supports the theory that carrying a baby increases your vaginal muscle control, which can also intensify your orgasms.

So which is it? Are orgasms absolutely awful after having a baby or are these new sensations going to turn you into a total sex fiend?

Only one way to find out, right? Don't expect your postpartum sex life to be exactly like it was before you had a baby. A lot of things have changed and your orgasm may be one of them, but that doesn't mean you can't enjoy it. Take your time, pick up some lubricant, and give it a try.

Because there's only one thing that's certain about orgasms after having a baby — they are much harder to come by. (You can thank your little angels for not sleeping later.)