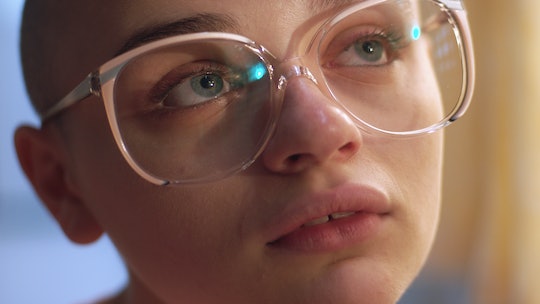 Hulu's The Act captivated audiences with its debut on March 20. With the eighth and final episode of the first season well on its way, fans are anxiously digging for more answers about Gypsy Rose Blanchard's story. But considering the series is based off of true events and real people, what do the Blanchards think of The Act? Although a healthy fan-base has been building around the Hulu original, fans might be disheartened to hear that neither Gypsy nor her family approve of The Act.

From the outside looking in, Dee Dee Blanchard was a loving mother who took care of her sick daughter, Gypsy, in Springfield, Missouri. However, according to experts, Gypsy was a victim of Munchausen syndrome by proxy, a mental disorder in which a parent or guardian induces, exaggerates, or makes up an illness for a child who isn't sick. In 2015, Gypsy's then-boyfriend, Nick Godejohn, stabbed Dee Dee to death in the family home. Then in 2016, Gypsy pleaded guilty to the murder of her mother and is now serving a 10-year sentence in prison.

Rather than making The Act into a true crime documentary, Hulu created a chilling new drama that takes a spotlight to Gypsy's toxic relationship with Dee Dee. However, the Blanchard family reactions prove that they are not impressed.

While The Act dramatized the events that happened in Gypsy's life, she revealed that she was not involved in making the Hulu series. In an email statement to Bustle, Gypsy explained that she was unhappy with the show and would be taking legal action against the creators. The statement read:

I am unable to watch The Act. However, I feel it is very unfair and unprofessional that producers and co-producer Michelle Dean has used my actual name and story without my consent, and the life rights to do so. Therefore, there will be legal action taken against the show's creators. I want to share my story and bring awareness about Munchausen by proxy, in the hopes that I can encourage those who might be experiencing abuse to speak up, because someone WILL listen. No child should ever be abused especially from their parent.

Meanwhile, Gypsy's stepmom, Kristy Blanchard, has also been firm on her stance against the Hulu original. In an interview with In Touch Weekly, Kristy put the fourth episode of The Act on blast.

“Not everyone has seen all of the documentaries and the interviews we’ve done,” Kristy said. “[People watching The Act] are going to get a totally different perspective than what we know is the truth. … It is highly upsetting to me.”

Previously, Kristy also called out The Act for its inaccurate portrayal of Aleah Woodmansee, Gypsy's friend and neighbor, or Lacey in the Hulu drama. "They have got her all wrong," Kristy told Vulture. "She is the total opposite of that. It hurts Aleah because she lives in Springfield, and people are going to look at her differently and she’s scared that it affects her job and reputation."

Speaking to Springfield's News-Leader, Kristy and Franchesca Macelli, who is working with the Blanchards to make another television drama about Gypsy's life called By Proxy, shared that they are considering legal action against the creators of The Act.

"At this point, I have the legal life rights to the story," Macelli said. "And I'm the only person who has the official story from all sides, and I'm even working with the Godejohns at this point."

In an interview with Vulture, Macelli also explained that taking legal action would eventually lead to the truth behind Gypsy's story.

"Our legal action that we would even consider isn’t necessarily money-focused," Macelli said. "It would be to maybe stop the airing of the show or get the story correct."

It's clear that the Blanchards are not pleased with The Act and how Gypsy's story was portrayed. But perhaps one day the family will see an adaptation the way they want it to be told.

The Act is now streaming on Hulu.