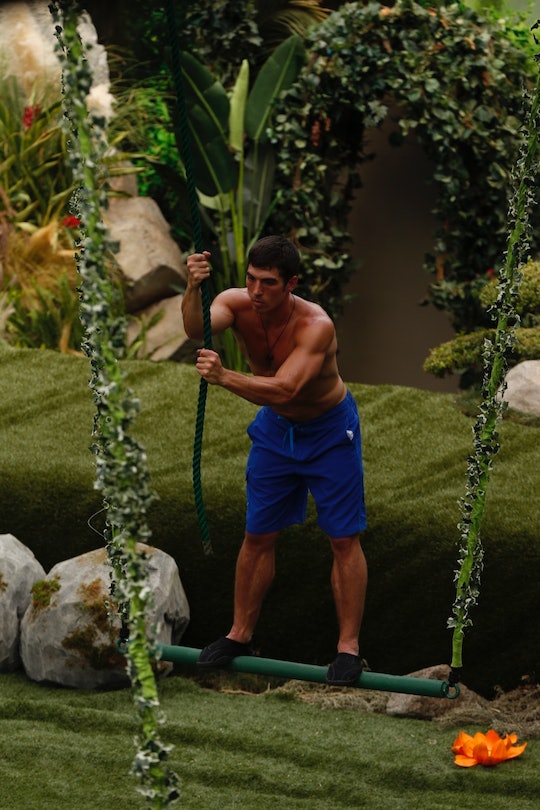 Cody From 'Big Brother 19' Is Hoping To Change Careers

Now that the first full week of Big Brother has come and gone, fans are getting more and more curious about these houseguests, especially Cody Nickson who snagged the first Head of Household title. The seemingly emotionless competitor likes to keep things close to his chest, which is why it isn't surprising that people want to know more about him. So what does Cody from Big Brother 19 do when he's not living in the Big Brother house? He's actually a construction sales rep.

If you're like me, you're probably wondering, what does that mean? Based on his cast interview with former Big Brother contestant Jeff Schroeder, Cody sells things used for roofing. He goes door-to-door trying to make sales and it's clear he doesn't like his job all that much. "It's not fun at all," he said in the interview. "You have people slamming doors in my face. I'm not going to do it after this. It's just a small gig."

Cody's hope is to win the game and use the half a million dollar grand prize to do something else, though he doesn't seem sure about what that is just yet. He did say he wants to start his own company and that it definitely won't be in sales.

Prior to his sales rep gig, Cody was in the Marines, which he's brought up a few times in the house thus far. It'll be interesting to see what Cody ends up doing if he does actually win the $500,000, but first he'd actually have to win and right now his chances aren't looking good.

Although Cody was able to solidify his place as HOH this first week, he burned a lot of bridges when he had to nominate a third of the house. First, he put up Jillian and Megan but Megan self-evicted. Then he put up Alex as the replacement nominee, but she won the Power of Veto and took herself off the block. Cody decided to use the opportunity to take a shot at Paul, but Paul won the Pendent of Protection, so he's safe for the next three weeks. Cody then nominated Christmas, which upset his alliance.

Even if Cody does have the votes to send Christmas home this week, his alliance has now been split down the middle, and if Paul, or any of the other enemies Cody has now made in the house wins HOH, Cody's heading for the block, no doubt about it.

Tune in to Big Brother on Thursday, July 6 at 9 p.m. ET on CBS to find out who gets sent home and who becomes the next HOH.