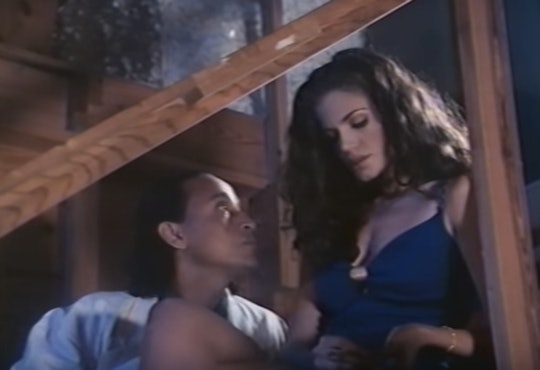 What Does Paula Barbieri Think Of 'The People v. OJ Simpson'? She Just Wants Privacy

The People v. O.J. Simpson: American Crime Story hasn't only renewed interest in one of the most widely-publicized trials in history, it has also dug up all of O.J. Simpson's ghosts of girlfriends past. Actor and model Paula Barbieri (played by Angie Patterson in the show), for example, is mentioned in the show, because she was reportedly Simpson's last girlfriend before his ex Nicole Brown Simpson was murdered. What does Paula Barbieri think of The People v. O.J.? She lives in Florida, and it appears as though she wants nothing to do with that part of her life.

Barbieri reportedly left a voice message for Simpson on the night that Brown Simpson and her friend Ronald Goldman were murdered. Barbieri said that, in the message, she told Simpson that she wanted to break up, according to CNN. She later testified to this on the stand during Simpson's trial for the murders. (Simpson was later acquitted for the murders in the criminal trial). Prosecutors alleged that the breakup may have encouraged or led to Simpson being violent toward Brown Simpson, but Simpson and the defense said he never received Barbieri's voicemail. Barbieri said, on the stand, that she thought he had received it because he left her three voicemails in return. She said she didn't listen to them, and told the defense that she guessed she couldn't really confirm that he had received the message. She also told the defense that Simpson had never been violent with her, according to CNN.

Since then, Barbieri wrote a book about her relationship with Simpson, called The Other Woman: My Years With O.J. Simpson. She went on both Larry King Live and CNN & Company to promote the book. Though, in the book, Barbieri doesn't discuss what she thinks of Simpson's innocence regarding the murders of Brown Simpson and Goldman, she did discuss it with King. An archived article on religious website Living Light News reported that Barbieri told King that she continued visiting Simpson in prison during his trial because she "listened to my heart, not my head." She also said she was no longer convinced of his innocence, but that's as much as she was willing to elaborate, according to Living Light News:

I'm choosing not to look further into making a decision one way or another, and I ask people's forgiveness on that.

Barbieri, who's now 49, is remarried to 67-year-old Judge Michael Overstreet, according to the Daily Mail. The two reportedly live in Panama City's most expensive gated community in a beachfront home, and Barbieri stays at home to care for her 12-year-old daughter. A neighbor in the community said that many people who live there don't care to ask her about Simpson or The People v. O.J., according to the Daily Mail:

She has never talked about her life with OJ Simpson, and to be honest we have not asked. I don't think many people in the community have any idea she was his girlfriend, and I don't think she would want it known.

Since publishing her book 15 years ago, Barbieri has stayed out of the public eye and keeps to herself. Hopefully the show won't drag her into anything that she's obviously made a point to stay out of.