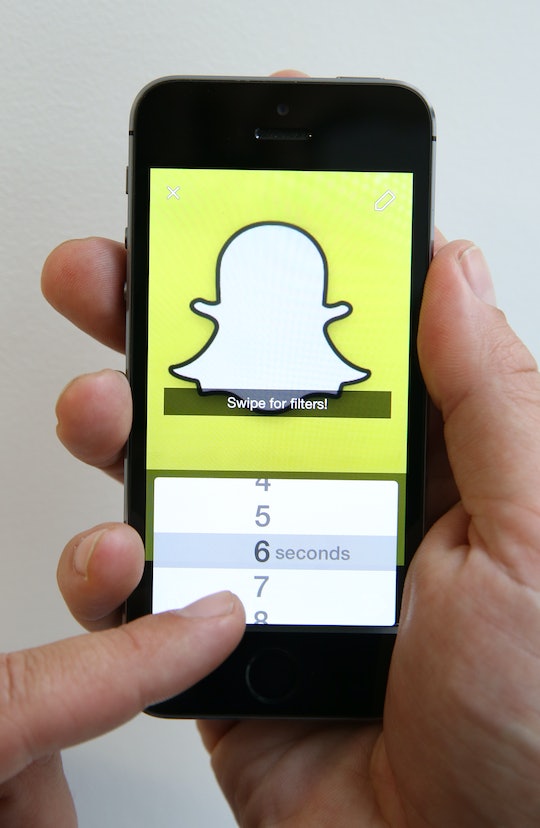 The Mystery Of The Snapchat Pineapple Is Solved

I remember the first time I was asked to provide my relationship status on a social media account. It was when I joined Facebook, and I was in an on-and-off relationship. Not wanting to put that I was single, another option caught my eye: "It's complicated." I knew that the meaning was vague at best, misleading at worst, but over the years, I've used it to neatly sum up the relationships of some of my friends that might otherwise require pie charts. Well, it looks like "it's complicated" is a thing again — but this time it's on Snapchat, and it's in code. Girls are using fruit to describe their relationship statuses. So what does the pineapple mean on Snapchat?

Recently, girls have begun a game meant to be fun and confuse guys. The game involves girls putting fruits on their stories that secretly represent their relationship status. Wojdylo Social Media wrote about the trend, and broke down what each fruit means:

Lemon = Wants to be single

Avocado = Thinks she's the better half

Raisin = Wants to marry her partner

So if a girl puts a pineapple on her Story, that's just a complicated way of her saying her relationship status is complicated.

This is one of those times where I'm glad I'm not on Snapchat.

Since I'm not on the platform, nor am I a teenager, I definitely won't be joining in on the fun. If I were, however, I would be a strawberry and blueberry smoothie, which sounds more delicious than it is in real life. But I don't think that's how the game works.

The message that started the game was posted on Imgur, and leaks the coding. Because the code was broken, girls have taken to using animals, candy, and other symbols to continue the game.

On the note of fruit meals, some have been wondering why so many people are putting fruits on their Stories, and have likened it to making a fruit salad.

The game is being seen as immature, and many Snapchat users wish it would stop:

But the girls playing the game are receiving more criticism than they really deserve:

The game is harmless fun. Girls have always made secret games and codes as a way to keep boys out, though that stopped around fifth grade when I was growing up. Snapchat just made these games public. And the fact that this fruit game has become a thing during winter break makes it pretty likely it'll die down once school is back in session. But for now, let's let them have a good time. Or as the kids today might frustratingly ask, "Can I live?"