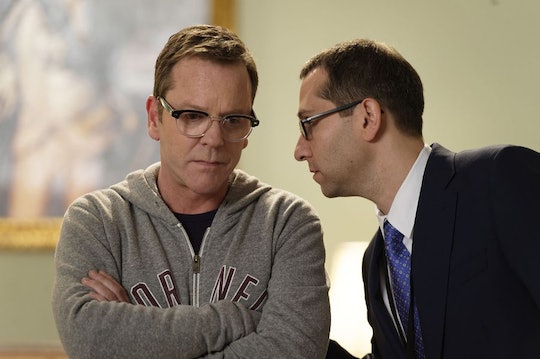 What Does The Secretary Of Housing & Urban Development Do On 'Designated Survivor'?

On Designated Survivor, the Secretary of Housing and Urban Development is sworn in as president minutes after every person above him in power has died. But before he was told that he was literally the only guy left for the job, Tom Kirkman (Kiefer Sutherland) seemed to be out to make a difference in his actual job. But what does the Secretary of Housing and Urban Development do? On the show, we only see Tom in his role for a little while before all Hell breaks loose in Washington, D.C., but from what we saw, it looked like he was all about making a real difference and change through his position. So, how accurate is that?

In real life, the U.S. Department of Housing and Urban Development's mission is to provide and structure forms of sustainable housing for people in all income brackets, whether they are low income families or trying to purchase a house and need the availability of the HUD loan to help see through their finances. The different programs offered by HUD include the ability to provide funding and assistance to countries, states, and cities of low to moderate income when a disaster occurs and Community Development Block Grants awarded to urban cities in order to help build housing for its low income residents.

As minor of a department as it might seem, in terms of choosing the designated survivor from it, as opposed to any other departments whose Cabinet members could have sat this one out, it habitually makes a huge impact on so many lives.

Outside of Designated Survivor, in the real world, the Secretary of Housing and Urban Development is Julián Castro, who maintains the highest level of power and authority in his department, overseeing 8,000 employees and managing a budget of $46 billion. In 2015, Castro was able to cement his internet adoption initiative, ConnectHome, which provided internet and corresponding electronic devices to kids in low income housing. The purpose of the Department of Housing and Urban Development correlates with how it is represented in the show, giving us the first glimpse of who Tom is as a man before he is shuffled into the Oval Office.

So yeah, it's safe to say that Tom is a pretty legit representation of your average Secretary of Housing and Urban Affairs, but because of the events unfolding on Designated Survivor, that is going to be a side of the character we'll only get to see as he takes on his sudden presidency. Still, it's kind of nice to know that there are people in real life who have as strong values as Tom on Designated Survivor.