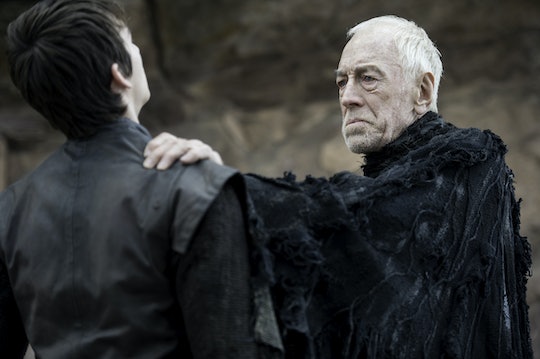 What Happened At The Tower Of Joy On 'Game Of Thrones'? It's Important

Game of Thrones has created a layered world with a history as complicated as any real life realm. The big events of its past often have repercussions for the characters in the current story, but the show has been relatively light on the flashbacks so far, allowing implications and exposition to relay any important information. But now Bran Stark is able to have visions that explore events of the past no living character could exposit away. One of those visions looks like it's going to be the Tower of Joy, a long-hinted and super important moment in the series' history that even book fans don't have the full lowdown on. What happened at the Tower of Joy?

There are a few tidbits floating around about what went on at the Tower of Joy, mostly thanks to Ned Stark, who was an integral part of the incident. While vague, that information is very promising, making it all the more exciting that it will likely crop up in the sixth season's third episode, "Oathbreaker." It's not a lot, but here is what's known so far: Ned Stark (and some pals) found his sister Lyanna at a place called the Tower of Joy. She was dying, and Ned made her a promise that weighed on him heavily for years to follow.

Lyanna is a little-seen figure in Game of Thrones because of her death, but she's of huge importance in Westerosi history. The rebellion that shifted power from the Targaryens to the Baratheons was basically thanks entirely to her and the soap-worthy love triangle that spun out around her. Lyanna was engaged to Robert Baratheon when she ran off and/or was abducted by Prince Rhaegar Targaryen (who already had a wife, by the way) and the ensuing fight to get her back is what sent the entire kingdom into disarray. Rhaegar was eventually killed in battle by Robert, who would go on to seize control of the entire country.

While all of that was going on, Lyanna was holed up in a tower in Dorne that Rhaegar christened the (you guessed it) Tower of Joy. She was being guarded by three members of the Kingsguard (Ser Arthur Dayne, Ser Oswell Whent, and Lord Commander Gerold Hightower, just in case you're ever quizzed on it). Ned went there to rescue her with some other men and in the ensuing fight, nearly everyone was killed. The only two to survive were Ned and Howland Reed, dad to Jojen and Meera; he hasn't been seen on the show (yet). They went up to find Lyanna dying in a pool of blood, which was when she extracted that pesky promise from Ned.

This is where things get fuzzy. First of all, if Lyanna was protected up in the Tower and all the fighting happened outside, how exactly did she wind up bloody and dead? What exactly did she ask of Ned that was so momentous that he was haunted by it for the rest of his life? Fans, of course, were quick to try and find answers to all of these questions, resulting in one very popular theory.

The theory asserts that Lyanna was dying because she had just given birth, which would track considering the circumstances. Of course, this would also mean that she had a baby with Rhaegar, putting another Targaryen heir out into the world. And who was it who rode home after the war with a baby in tow? Oh, right, Ned Stark, who had just made a big vow to his late sister. Hmm...

Outside of the unseen Howland Reed, anyone who knows the truth is long gone. It may seem like that would keep the truth buried forever, but now that Bran has shown he can visit the past when he wants to, anything is fair game. The series was spotted filming at a location assumed to be the Tower of Joy (with Bran in attendance!), and the previews for "Oathbreaker" pretty much confirm that the event will be shown in the episode. It looks like any questions fans have about the Tower of Joy are going to be answered, and answered soon.