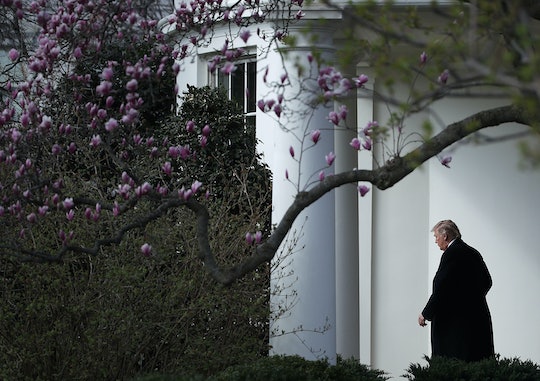 The break-in attempt happened just before midnight on Friday night. Secret Service officials said that an individual, who has not been identified, climbed the fence carrying a backpack and made it on to the south grounds of the White House. An arrest was made on site, and an inspection of the backpack did not turn up any dangerous materials. The grounds of the White House complex were searched as well, but nothing was found. President Trump and Homeland Security secretary John Kelly were both briefed on the intrusion, and President Trump went on the record to praise the Secret Service on Saturday during a meeting with Cabinet officials at his golf club in Virginia:

The service did a fantastic job. It was a troubled person. It was very sad.

An earlier report by CNN identified the suspect as a male with a California driver's licence. The report, which included information from the suspect's arrest released on Saturday from the Washington, D.C. Metropolitan Police Department, said the suspect was there to see the president.

When approached by an officer, he reportedly said, "No, I am a friend of the President. I have an appointment."

The officer asked him how he got there and he replied, "I jumped the fence."

After being interviewed by a Special Service team, the suspect was taken into custody. U.S. Secret Service officials continue to investigate the shocking breach in security; the suspect was seen scaling the fence in security footage in the northwest courtyard by the Treasury Building but was not detained until he was approached by a Secret Service officer later. Once detained, the White House was placed on security condition "orange", one of the highest possible levels of security, until the situation was under control.

This isn't the first time White House security has been breached; the most recent break-in attempt was in 2014 by Iraq war veteran Omar J. Gonzalez during the Obama administration. Gonzalez, who was suffering from post traumatic stress disorder, made it through the front door of the White House with a small knife before being apprehended. He had stashed a small arsenal of weapons in his car less than one mile away from the White House.

The Obama family was not in residence at the time. Gonzalez was sentenced to 17 months in prison for the intrusion.