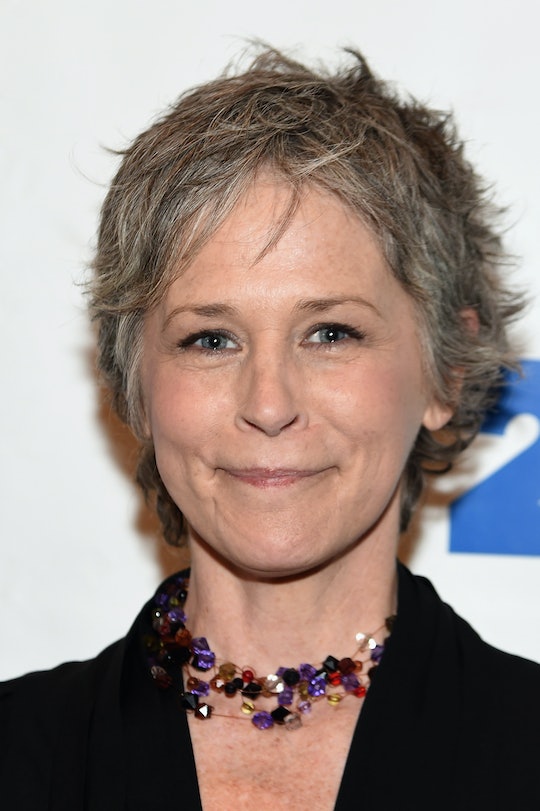 What Happened To Carol When She Left Alexandria On 'The Walking Dead'? The Answer May Be Frustrating

Ever since last week’s The Walking Dead (“Twice as Far”), fans have been wondering just where the hell Carol went when she snuck out of Alexandria in the dead of night — and why she left. The latter question was answered by the letter Carol left behind for prospective suitor Tobin, but the former wasn’t so easily answered. Though it seemed unlikely that Carol wasn’t coming back, it wasn’t any clearer where she was going. Luckily, tonight’s episode (“East”) delved right into where fans most wanted answers – with Carol. So, what happened to Carol when she left Alexandria? Where did she go?

Not far, apparently. We catch up with Carol before she leaves, then pick up again while she's on the road. With Negan’s people, the Saviors, appearing to be everywhere at once, just waiting to explode out of the woods to put Rick’s group in a tough spot, it isn’t a surprise when the converge on a solo Carol. As she drives along in her (stolen) car, the passing Saviors shoot out the wheels to stall Carol's progress. She plays along at first and pretends she doesn't know anything, giving them a fake name and backstory, but the Saviors aren't buying what she's selling. They know she's from Alexandria and they've got beef.

Carol holds tight to her crucifix and starts to have another panic attack – not unlike her behavior the last time she came into contact with members of this crew. She clearly doesn't want to do what she knows she's going to have to do, a push-pull of guilt that has been plaguing Carol all season long. Even though Carol has sworn off killing out of repressed guilt that’s now bubbling back up, she’s also still the same ruthlessly practical lady we all fell in love with. Carol doesn’t want to kill anymore but she’ll also do what she has to do to survive.

In an impressive sequence that will probably go on to rank amongst Carol’s coolest moments (right up with her hero moment at Terminus), she takes out the group of Saviors with a gun secreted in her sleeve — all except for a few. She spears one of the remaining men with a protective spike sticking out of her car, but the other is still in hiding. Carol calls for him to come out. He does; they move towards each other and a gunshot goes off. We’re left wondering who took the bullet.

Meanwhile, everyone else in Alexandria is aghast at Carol’s sudden departure. She’s one of the few that has been with Rick since the very beginning and she’s a part of the family; none of them want her gone. Instead of just letting her quietly slip away, Rick and Morgan decide to go out on a mission to get her back, despite the dangers and risks that await them. They find the wreckage of Carol's encounter with the Saviors, as well as all the dead and dying men, but Carol is nowhere to be seen.

The show seems intent on drawing out the mystery of Carol’s journey. The episode ends without her being found by any of her friends, setting up a question that won't be answered until the finale. The Walking Dead loves to draw out a character's fate, and this is just one more instance of the show toying with our stress levels.