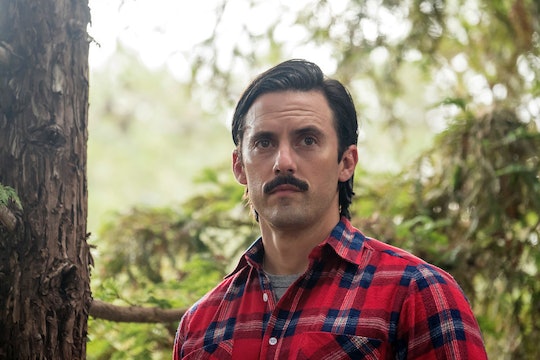 Just when you think you've figured things out about the Pearson family's history, This Is Us throws another curveball and suddenly there's so much more to know and learn about the past. Such is case for Tuesday's episode, which revealed that Jack once had a brother. But since he's never mentioned in present day, what happened to Jack's brother on This Is Us? Nicky Pearson is a big part of Jack’s past and there's still a lot to learn about the family member. However, if the final few moments of "Brothers" is any indication, it wouldn't be too out there to assume that Nicky may have died when the two of them served in Vietnam.

But much like Rebecca, there's a lot viewers don't know about Jack's familial past and really, whether or not he has more family at all. So if Jack's brother did die on This Is Us, then it's possible that Rebecca never knew about him at all. When she went to the nursing home to see Stanley, Jack’s dad, it became clear that she’d never met him before, though she did seem aware of their tumultuous relationship with one another. Does this completely rule out the possibility that Jack's brother is still alive? Not necessarily. But given that it's This Is Us we're talking about, along with the fact that Jack's memory of his brother had an underlying ring of sadness to it, I'm willing to bet that isn't the case. I think Jack lost his brother and it's been eating away at him ever since.

Nicky hasn’t been talked about at all really, but in Tuesday’s episode, there was more focus on Jack’s struggles at bringing Kevin and Randall closer together. And now that we know Jack had a brother of his own, it’s clear that he had some regrets regarding their relationship or, at the very least, wants for his sons to grow up appreciating the fact that they have each other, since it seems as though Jack was robbed of his own brother early in life.

The way he looked at an old Vietnam War photo of the two of them at the end of the episode definitely makes it seem like Nicky died while they fought in the war together. This Is Us creator Dan Fogelman spoke to Entertainment Weekly about Jack’s journey on This Is Us Season 2 and the story that will be told moving forward. And while there will certainly be some strong lead-ups to the house fire that may or may not have claimed Jack's life, there will also be some focus on his past, namely his time in the Vietnam War.

"You can’t explore this man without understanding what happened to him, very specifically in Vietnam, so that’s going to be a longer story that we’ll slowly start embarking on this season — and really will be a bigger part of the future of the show," Fogelman revealed.

Jack’s brother Nicky was obviously in the war with him, but like most things with Jack’s past, it’s another area where he’s light on the details, especially since he claimed to have been just a mechanic in Vietnam when, in fact, the photos and quick flashback we saw showed him wielding a much more serious weapon.

Fogelman also revealed that Jack’s less than stellar upbringing will be explored more as the series moves forward, which could very likely include more about Nicky and their relationship, which is obviously the sort of bond he’s hoping his own sons will have. Although it’s still too soon to say for sure what happened to Jack’s brother, all signs point to a sad ending for Nicky, especially since Jack’s life after Vietnam included being berated by his father with his sibling nowhere to be found.

But because the night of Jack’s death on This Is Us and all of the other details surrounding it are slowly being revealed, the mystery of Jack’s brother is a whole other twist that fans can eventually focus on beyond Season 2.