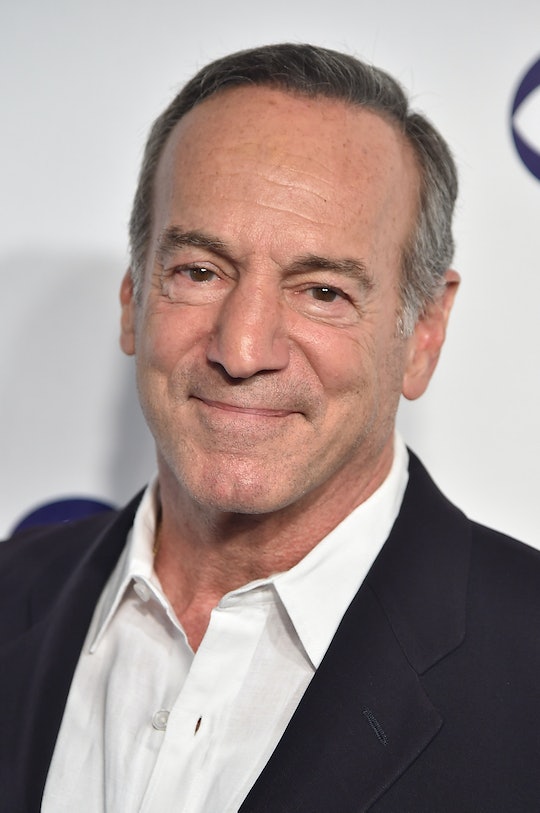 Jack's Dad Is Heading Back To 'This Is Us'

Fans of This Is Us got a little backstory about Jack during Season 1, including his history with his father and the fact that his dad seems to have a history of alcoholism himself. While I don’t see Jack going down a path of becoming like his dad before he dies, their relationship is about to be explored a little further during Tuesday's episode "Brothers." But who plays Jack’s dad on This Is Us? Peter Onorati portrays the less than loving father figure, though the actor himself seems like a nice guy. However, if the promo for this week's episode is any indication, his This Is Us character isn't long for this world. So don't get too attached (though considering his unfriendly demeanor, I very much doubt that'll be a problem).

Thankfully, it seems like Onorati already has another exciting project lined up. According to his IMDB page, Onorati is listed to star in the upcoming CBS series S.W.A.T. So if the new show takes off, chances are, there could be a lot less flashbacks on This Is Us that include Jack’s dad. (I'll try to hold in my sorrow.)

However Onorati has been in the acting business long before he became Papa Pearson. Apart from the show, fans might also recognize him from Goodfellas or from his recurring roles on American Dreams or Everybody Hates Chris.

According to Onorati’s Instagram account, there’s a lot more to the actor than may initially meet the eye. For starters, he's a huge Game of Thrones fan (join the club), and was even lucky enough to go to the Game of Thrones premiere in Los Angeles. His personal photos are also pretty great as well, like this one of him relaxing in his backyard that make you want to be invited to a barbecue ASAP. Obviously Onorati is just an actor playing a role, but it’s still comforting to know that the actor who plays Jack’s dad on This Is Us is very likely quite different in real life than his onscreen counterpart.

Although Onorati is about to be a lot busier with his new role in S.W.A.T., Jack’s dad on This Is Us still has some importance as the series progresses. This Is Us creator Dan Fogelman spoke to The Hollywood Reporter back in January 2017 about the role that Jack’s dad would play in his life moving forward. "[Jack’s parents] add another layer to what made Jack Jack, and potentially, as we move forward, the good parts of Jack and a little of the dark parts are revealed," Fogelman said. He also added that Jack hiding his family’s existence will play a role in the future of the show. "What are the ramifications of that? It’s not something that is addressed in the next couple of episodes, but it’s very much a part of the series."

Like most people in Jack’s position on This Is Us, his parents helped shape who he is today, whether that includes the good parts or not and Onorati’s role as his father is clearly important to the character fans adore, even with his faults. And if Jack's dad dies in the upcoming episode — which seems to be the case, given the promo — then fans will no doubt get even more layers unpeeled to their seemingly tumultuous relationship. I have a feeling we're going to need some tissues ready for this one. But on a show like This Is Us, that's just par for the course.