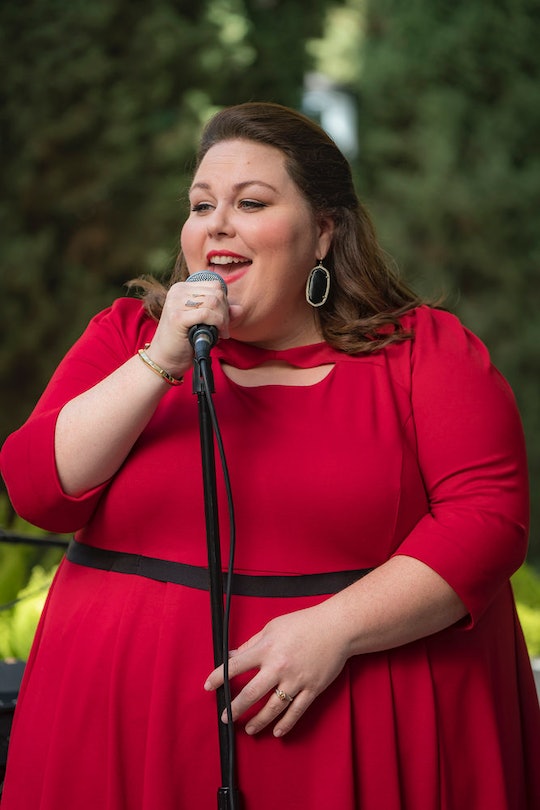 'This Is Us' Delivered Another Heartbreaking Twist

Tuesday’s episode of This Is Us, "Number One," focused mainly on Kevin and his troubles not only in the present day, but also in the past. And while he dealt with his growing dependence on painkillers and alcohol, he also skirted calls from both Kate and Toby. So it wasn't until the end when he (and viewers) found out that Kate’s no longer pregnant. So what happened to Kate’s baby on This Is Us?

When Randall revealed to Kevin that Kate had lost her baby, he didn't explain what caused it, though I'm sure those details will be divulged next week when the focus shifts over to Kate in "Number Two." Kate's doctor had informed her weeks ago that she had what was called a "high-risk pregnancy" due to her age and weight. However, based on her last visit, everything had been going smoothly, so it's unclear what may have changed from then until now.

According to Parents Magazine, around 11 percent of babies born in the U.S. each year have moms who are over the age of 35. However, studies have shown that having children later in life (from 35 and over) could come with some risks and potentially result in miscarriage, premature delivery, and stillbirth. Being overweight can also increase the risks for both mother and baby as well. Kate has struggled with her weight since the very beginning of the show, so is it possible that some of these things played a part in what happened? Potentially, but I wouldn't be too quick to jump to that conclusion.

Kate wasn't quite finished with her first trimester yet, but she did finally start telling other people about her pregnancy and even clued in Madison, her support group nemesis, on the news when they accidentally rear-ended each other in the parking lot. Although Kate was initially scared that the crash had somehow hurt the baby, I doubt the light fender bender had anything to do with this heartbreaking loss. But perhaps a different accident occured that viewers haven't seen yet.

Since Kevin’s episode on Tuesday was the first in a series of three that will each focus on one of the Big Three, the news at the end about Kate losing her baby will allow the show to segue into her story in the episode "Number Two," and something tells me it’s going to be even more heartbreaking than Kevin’s was, which is really saying something. Where Kevin’s episode followed him throughout his day, dealing with his addiction and making bad decision after bad decision, Kate’s will likely focus on the growing excitement Kate and Toby shared regarding the pregnancy, only to have that excitement and hope for their future taken away.

Kate’s initial concerns had her keeping the pregnancy a secret from pretty much everyone, including Toby. In her eyes, it was too soon to get excited and she didn’t want to get his hopes up. But once she did divulge the news and they got to celebrate the pregnancy together, it seemed like things were looking up for them in a big way. Unfortunately, now Kate's fears are going to be justified and how she’s going to come back from that loss remains to be seen.

When Kate’s pregnancy was first revealed to viewers, Chrissy Metz (who plays Kate) spoke to Entertainment Weekly about her character’s mindset going forward and almost hinted at the kind of devastation Kate is sure to feel in the coming episodes. "I don’t necessarily believe that all women need to have children, personally," she said. "But I think that [Kate] feels a sense of completion and that she would begin a new life with Toby, with a child, but there is a lot of fear surrounding that, because Kate’s a smart girl and she’s done a lot of research."

Although the end of "Number One" didn’t tell viewers what happened to Kate’s baby, it’s bound to take a huge toll on both Kate and Toby. I only hope they'll be able to help each other through this devastating time and know that they are not alone.