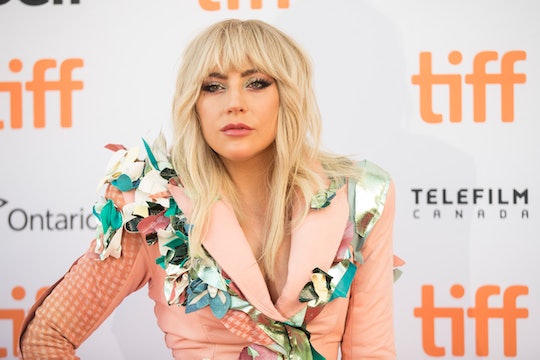 Lady Gaga Has Reportedly Been Hospitalized

Fans of Lady Gaga already know the singer recently revealed that she lives with fibromyalgia, a chronic health condition that causes widespread pain and fatigue. In fact, the singer opened up about it earlier this week on Twitter. And now sadly, it seems she could be suffering from the condition. Lady Gaga has reportedly been hospitalized, and has had to cancel her upcoming appearance at "Rock 'n Rio" in Brazil.

The Grammy award-winning "Born This Way" singer shared a formal statement on her social media platforms about the recent cancellation, explaining that she has indeed been hospitalized for pain and is reportedly "under the care of expert medical professionals," according to People.

Lady Gaga is suffering from severe physical pain that has impacted her ability to perform. As a result, she sadly must withdraw from this Friday’s Rock in Rio performance. Lady Gaga is under the care of expert medical professionals. She sends her love to all her fans in Rio and thanks them for their support and understanding.

Gaga is known for her incredibly athletic, high-energy performances at live concerts; when she performed at the Super Bowl earlier this year, she dazzled fans by jumping from the roof of Houston's NRG stadium, dancing, and essentially performing a one-woman show the likes of which fans had never seen. Clearly, that sort of performance would be highly inadvisable when suffering from chronic pain.

The singer has been open about her health struggles in the past; beyond suffering from chronic pain due to fibromyalgia, she also revealed that she has post traumatic stress disorder in December 2016.

Yet even in her pain, Gaga's natural generosity comes shining through. She shared an Instagram post last November with fans who also struggle with chronic pain. In the post, she shared tips on how she manages the pain and wanted to pass those tips along to those who might benefit:

I was so overwhelmed by the empathy, confessions & personal stories of chronic pain in response to my previous post I thought what the hell. Maybe I should just share some of my personal remedies I've acquired over the past five years. Everyone's body and condition is different U should consult w ure Dr. but what the heck here we go!

In 2013, Gaga was forced to cancel the remainder of her Born This Way tour due to hip surgery. While it was initially believed that she had a tear in her hip that needed to be corrected, she told Woman's Wear Daily that she had actually broken her hip and could have done irreparable damage if she had continued to push herself. She told the publication:

My injury was actually a lot worse than just a labral tear. I had broken my hip. Nobody knew, and I haven't even told the fans yet. But when we got all the MRIs finished before I went to surgery, there were giant craters, a hole in my hip the size of a quarter, and the cartilage was just hanging out the other side of my hip. I had a tear on the inside of my joint and a huge breakage.

According to Gaga's post on Instagram, her hip was not the cause of her pain this time around.

I was taken to the hospital, it is not simply hip pain or wear and tear from the road, I am in severe pain. But am in good hands w/ the very best doctors. Please don't forget my love for you. Remember years ago when I tattooed Rio on my neck, the tattoo was written by children in the favelas. [Rio] You hold a special place in my heart I love you.

The people of Rio will surely be devastated by the cancellation, but at the end of the day, Lady Gaga needs to take care of her health. There will be other concerts for her Little Monsters soon, that's for sure.