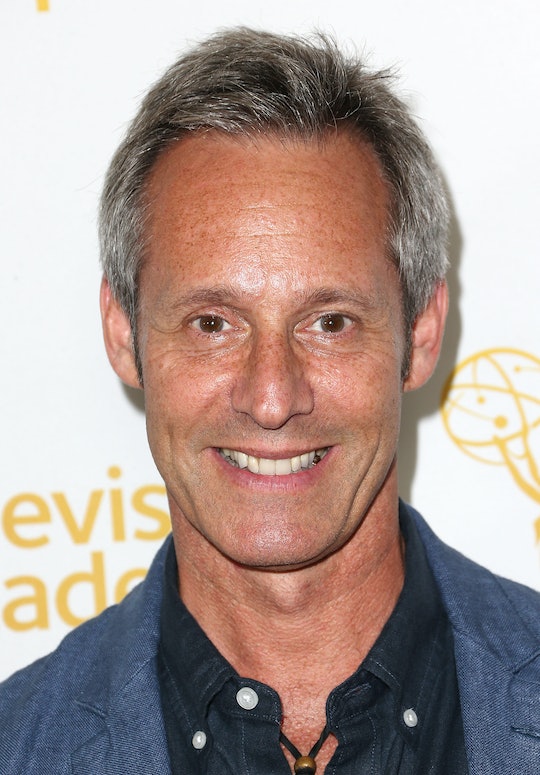 What Happened To President Walker On 'House Of Cards'? Things Didn't End Well In Season 3

It's time for a little House of Cards refresher, guys. Now that we're all firmly entrenched in Season 4 (no spoilers, I swear) with its new players, new problems, and new fabulous outfits (thank you, Claire Underwood!), some of us might be struggling to remember how the famous Underwoods got where they are in the first place. How did they make their way to the White House? How did Frank become president in the first place? What happened to President Walker on House of Cards?

Well as some of you Underwood fans probably remember, Frank had it in for the guy from the moment he was vetted and then passed over by then-President Garrett Walker for the Secretary of State position. Poor President Walker. That was probably the worst mistake the slightly witless POTUS made during his time in the White House. To retaliate, Underwood worked relentlessly for a full year to undermine the relationship between President Walker and then-Vice President Jim Matthews. In a classic mean girl move, Underwood performed a little bit of smooth subterfuge between Matthews and Walker, telling each guy that the other was smack-talking him behind his back (which has me wondering; if it's that easy to mess with a president... not a great sign, right?). Matthews eventually resigned and Walker selected Frank Underwood as his vice president. As Vivian from Pretty Woman would say:

From that point on, newly minted Vice President Frank Underwood schemed like a boss to get rid of President Walker. He eventually forces Walker to resign as President on threat of impeachment, and here is the saddest part: Walker still kind of likes Underwood. I mean, come on! Walker's marriage had fallen apart (let's not forget the impenetrable wedge Frank and Claire drove between Walker and his wife), and he was being investigated for witness tampering. Of course, Walker is totally oblivious to the fact that the culprit for all of these terrible things happening is sitting right in front of him, and he even manages to be grateful to Frank when he gets a presidential pardon. Because Frank is just. That. Good. Or awful, depending on which side of the fence you're looking over.

To be fair here, Walker was pretty much out in the dark when it came to Frank's deception. As far as we know, former President Walker is back to being a private citizen. Perhaps we'll see him again in Season 4 of House of Cards? Maybe he'll come back to mess with Frank's already messy life? Or maybe he'll just count his blessings, figure he got off easy (RIP Peter Russo) and enjoy life.

I like to think he is off fly fishing somewhere, or going for contemplative walks through the woods. I'm hoping his partner took him back and that they worked out their issues. More than anything, I hope that he's far, far away from Frank Underwood's reach.