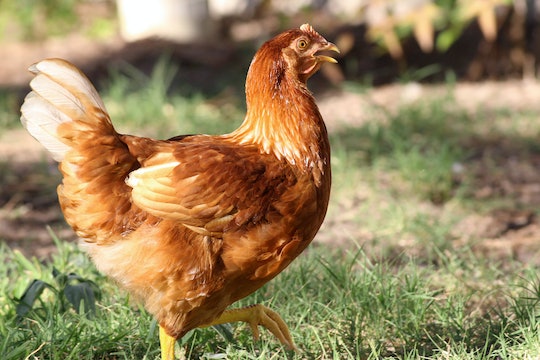 What Is A Golden Chicken? 'Serial' Episode 2 Dives Into Bowe Bergdahl's Capture

It's Thursday, so that means Serial addicts can rejoice: Episode two is here! Episode two is titled "The Golden Chicken," a curiously light title for such an otherwise heavy subject this season. So what is this golden chicken host Sarah Koenig describes?

First, a little backstory: as promised at the end of last week's episode, Koenig phoned the Taliban (you know, like you do). It was a little more complicated than just dialing the operating and say, "Hi can you connect me to the Taliban?" Koenig reached a Taliban fighter, Mujahid Rahman (not his real name) via Newsweek correspondent Sami Yousafzai; Yousafzai was hired by Page 1 — the media company collaborating with Serial for its second season — to find and connect with as many people in Afghanistan who were connected with Bowe Bergdahl's capture as he could. The result was this highly rare interview with Rahman, who was directly involved with Bergdahl's capture in the first few days following June 30, 2009.

Episode two explores not only Bergdahl's high value capture in the eyes of the Taliban — as Rahman puts it, "a dead soldier is worth nothing, but he was captured alive — he was like a golden chicken" — but also the Taliban's version of events surrounding the first few days after Bergdahl was taken.

Rahman called Bergdahl a "gift" — up to this point in the war, the capture of an American soldier (alive, no less) — was completely unprecedented. Rahman shared that he himself had been held captive by American troops two years prior and wanted Bergdahl to be treated better than he had been while in captivity. Rahman referred to Bergdahl as his "guest" — this is no mere mistranslation, either. In Pashtun culture, calling someone a guest is a great honor and they must be shown respect. In retrospect, it's this labeling of Bergdahl as a "guest" that probably kept him alive in those first few days.

At first, his captors thought he might have been drunk due to his odd behavior. In truth, Bergdahl was confused, scared, and disoriented; he wouldn't eat or drink. Rahman describes a bizarre scene in an effort to cheer up Bergdahl and get him to eat. The Taliban convoy apparently pulled over into a vineyard, and, there, his captors performed an "attan" – a traditional Pashtun folk dance. According to Rahman, this whole ordeal had the opposite effect on Bergdahl, confusing and scaring him even more. For his part, Bergdahl doesn't recall this event ever happening, explaining that he was shown a video of an attan dance much later by the Taliban.

A comprehensive map on the Serial website shows the zig-zagging pattern that Bergdahl's Taliban captors took him across in the region in an effort to evade American forces who scrambled to recover their missing soldier (referred to as a DUSTWUN, military speak for "duty status whereabouts unknown"). The Taliban knew that once they got Bergdahl into Pakistan, it would be nearly impossible for U.S. forces to invade and retrieve him from the sovereign nation. Knowing this, the Taliban anticipated that the border with Pakistan would be one of the first places the army would look for Bergdahl, so they drove their captive west, away from the Pakistani border.

As the next five years of Bergdahl's tale reveals, the Taliban wasn't about to let their golden chicken get away from them.

Serial is available for download and streaming online Thursdays at 6AM Eastern.