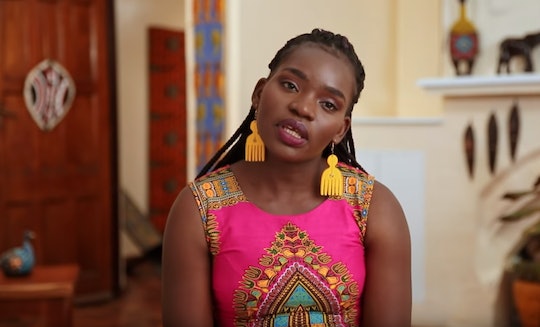 Akinyi Lashes Out At Benjamin After '90 Day Fiance: Before The 90 Days'

Things aren’t going as smoothly as Akinyi and Benjamin hoped on 90 Day Fiancé: Before the 90 Days. After Benjamin flew all the way to Kenya to meet his long-distance girlfriend, he was met with a lot of tension from her family. If you’re curious to know what she’s been upto post filming, you may be looking for her social media accounts for answers. So what can you learn from Akinyi’s Instagram from 90 Day Fiancé?

You’ll find plenty of selfies and model-esque pictures of Akinyi, but you won’t find any photos of Benjamin, nor will you find any official updates about her relationship. However, in a recent IG story, Akinyi did claim that the editing on the show was done in a way that made her family look bad, and that they weren’t as cold to Benjamin as they were made out to be.

“We’re very welcoming people, but unfortunately, the editing doesn’t show that,” she wrote in the post. “They make him [Benjamin] look like the innocent American coming to Kenya who doesn’t know anything about my culture and we’re treating him bad. I’m livid! I don’t like how my family looks like negative people when they’re nothing but the best. They sat together, they are together, he was warmly welcomed, but I’m sure he won’t say that on his social media that he was.”

She goes on to say that she is waiting for Benjamin to publicly defend her family, but thinks he won’t say anything because he wants to look like “the innocent one.” If that’s any indication, it seems the tension Benjamin and Akinyi had in Kenya was left unresolved. In a recent Instagram post, Akinyi talked about love, and how it requires some loss. “The only kind of pain in love is the pain of losing,” she captioned the back and white selfie. “If you love and lose then it wasn't worth all the trouble.”

In another post, Akinyi wrote that she was taking things slow in her life, but is grateful for all the support she’s gotten from fans. “I'm just taking it one day at a time,” she wrote. “And I'm thankful for all the love I have been shown so far, inclusive of the opposite but I choose to be associated with positive energy only.”

On a recent episode of 90 Day Fiancé: Before the 90 Days, Benjamin was in the midst of trying to impress Akinyi’s brother, while he figured out a way to pay the “bride price.” When Akinyi gets upset after her father doesn’t show up to meet them, her brother, Fidel, blames Benjamin for screwing things up with her.

It’s unclear where Akinyi and Benjamin’s relationship is headed, but if her Instagram tone is any indication, it seems things may not have worked out as well as they expected. Viewers will just have to wait and watch through the rest of the season to see how things unfold.