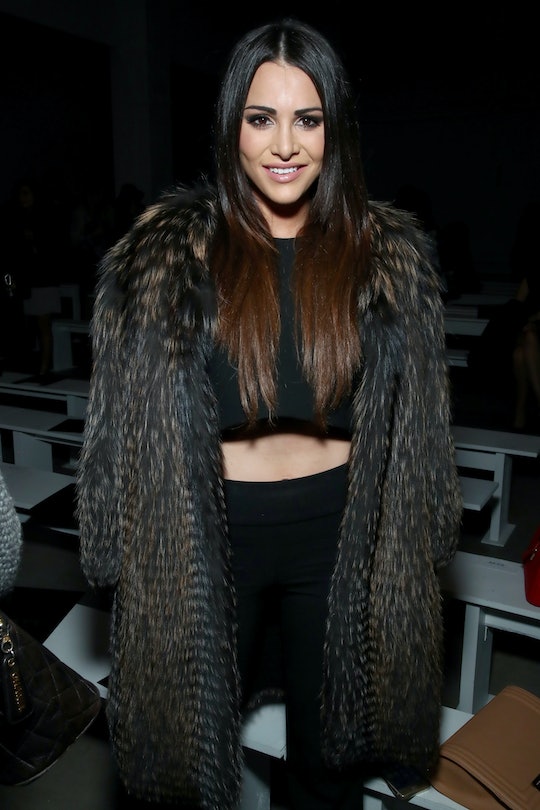 With a Bachelor history as storied and complex as Nick Viall's, it's no wonder his season has been one of the most unpredictable — and, yes, dramatic — yet. As even the most casual of Bachelor Nation fans are well aware, Nick is arguably the franchise's most recognizable alumnus. Heck, when I was a complete newbie in all-things-Bach last year, I even managed to pinpoint him as one of the possible next Bachelor stars. Nick first had his franchise entry on Season 10 of the Bachelorette, when he was rejected by that season's star. So what is Andi Dorfman doing now, post-Bachelorette?

For those unfamiliar with the first woman in the Bachelor franchise to break Nick's heart on-screen in front of millions, here's a brief rundown of all things Andi. A former assistant district attorney in Georgia, she first appeared on Season 18 of The Bachelor, as one of 27 initial contestants vying for Juan Pablo Gavaris' heart. Andi won America's heart (and the position as the next Bachelorette) when she walked out on Juan Pablo after a disastrous overnight date. On Season 10 of The Bachelorette, she chose sweaty pizza lover Josh Murray over Nick during the final rose ceremony, though Andi and Josh were through within a year.

Since then, Andi has been up to quite a bit. She made the move from Georgia to New York City. She wrote a New York Times bestselling tell-all, It's Not Okay, based on her time on The Bachelor, The Bachelorette, and throughout the painful duration of her rocky relationship with Josh. The book, published last year shortly before both Nick and Josh appeared on Bachelor in Paradise, was recently released in paperback, according to Andi's Instagram updates. Just a few weeks ago, news broke that she is penning her second book, to be released in early 2018.

It's not clear exactly what the former ADA is doing, professionally, after her exit from the field of law. Andi addressed why she quit her job in her first book, and she's described as a "television personality" around town. Based on her social media presence, she's staying busy. She recently attended New York Fashion Week, showing off a few "couture" creations of her own (blazer bedazzling FTW).

But Andi hasn't entirely separated herself from the franchise that catapulted her to fame and set her life off on a new path. At the start of The Bachelor Season 21, Andi sat down with her ex (and Kaitlyn Bristowe, Nick's other ex/Andi's Bachelorette successor) on Jimmy Kimmel Live! to chat about the show and impart some seasoned Bachelor/ette star wisdom.

But perhaps even more exciting is that fact that Andi may be set to make an actual appearance on the show herself. In the promo for Monday's episode, viewers see that a mysterious brunette is set to show up "unexpectedly" at Nick's door during hometown dates week with many believing the faceless visitor could be Andi.

Granted, it hasn't been confirmed yet if this will turn out to really be Andi or not since the promo leaves it up in the air. However, it's worth noting that TVGuide.com's episode description in the TV schedule section for Feb. 27 states that "Andi Dorfman surprises Nick just before he hands out roses to three of the four remaining bachelorettes." So it seems like a safe bet that she'll be the one to appear. Whether (and how) her visit will affect Nick's decisions as The Bachelor going forward remains to be seen, but we'll find out soon enough.