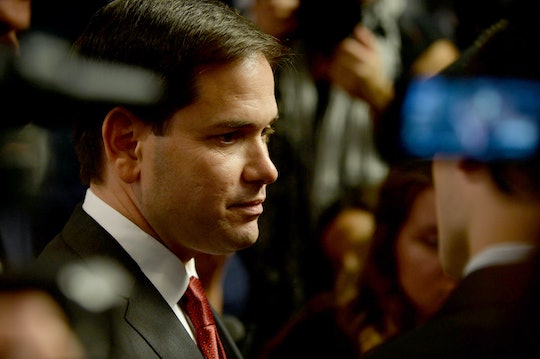 What Is Baby Got PAC? They Just Released Rubio's New Campaign Ad, & It's Everything

While he’s still polling behind Donald Trump and Ben Carson, Marco Rubio may have the wittiest supporters this campaign season. Ahead of the fourth GOP debate tonight, Baby Got Pac released an ad for Rubio that could very well be the best part of this campaign cycle. (OK, just kidding — Trump grooving to “Hotline Bling” on SNL this weekend was clearly the best part, but this is a close second.) Yes, America, Rubio’s newest backers are a real Super Pac actually named Baby Got Pac. And no, it’s not the latest Stephen Colbert stunt. The Super Pac was founded by John Jordan, a multi-millionaire who owns Jordan Winery owner and well-known Republican donor. The first ad aired on FOX Business Network before the debate and Jordan told Time that they will also promote the ad online, where it’s already trending.

Jordan previously told Time that he is focused on making sure a Republican wins the 2016 the election with a Republican — any Republican at all:

There are two kinds of donors generally, those looking for influence, like corporations, and Ideological donors who fall in love with the candidate. I’m neither of those things. We can’t fix the policies unless we win. Right now Republicans aren’t writing any laws. We need to win, that’s what I’m focused on.

In fact, the ad opens with a narrator admitting that they sort of formed the Super Pac before knowing who they wanted in the Oval Office, kind of like when you go to the grocery store without knowing what you want to eat for dinner. That sort of strategy never ends well, does it? In fact, the ad starts with the narrator saying: “So when we started to make this ad, we had to decide which conservative candidate for president to support.”

Well, that’s cool. At least they picked Rubio, who could use any boost he can right now, and if it's playing into pop culture so the kids these days will pay attention... why not, right? The Baby Got Pac ad, set obviously to the tune of “Baby Got Back” by Sir Mix-A-Lot, is already making people very happy, including Rick Wilson’s daughter. Wilson is a GOP consultant who worked on the ad for the Super Pac.

And Let The Sir Mix A Lot Puns Rain Down:

Others Were Shocked That It Was Actually Real:

If anything, American voters can sleep easy tonight, wishing and hoping that Jeb Bush will make a pro-family ad set to the tune of say, "Tupac's Brenda’s Got A Baby." Cross your fingers.