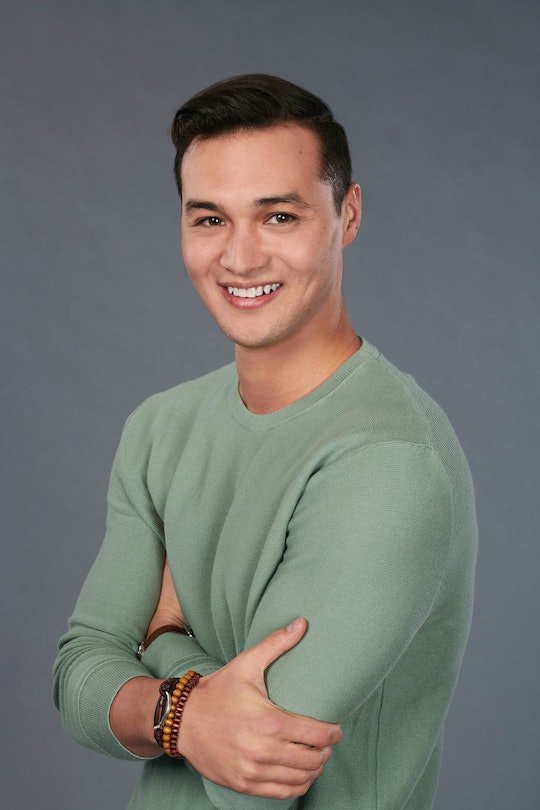 As the resident southern belle of Bachelor Nation, Hannah's journey to find true love has begun. She's hoping for a partner who won't play games, doesn't have a girlfriend back home, and has a gentleman's demeanor. And I think I spy a guy who might fit the bill. If you don't already know what Connor J.'s Instagram handle is, let me fix that right now.

If you've searched the web for a clearer picture of Connor J. and come up empty, look no further. His Instagram account, connorloo, is available for public consumption. The corporate sales manager from Newport Beach, California, said on his ABC bio he's "looking for a woman with whom he can build a life of love and fun." That could totally be Hannah. I'm sure his mom, Nancy Loo — an Emmy award-winning reporter for WGNNews Chicago — would approve.

A quick glance at Connor's Insta feed proves the dude likes to travel, having visited Nicaragua, Guatemala, and Thailand. He loves his family — pics with Connor and his 22-year-old little sis, Aubrey, are everything — and he's a pretty active guy. The question should really be: what doesn't he do? With this much awesome, I'm not sure how he found the time to appear on The Bachelorette. What I do know is that he's an unabashed grandma's boy which is just too adorable for words. I'm into it.

I think Connor J. has a pretty good shot at winning Hannah's heart this season. The two have similar relationship goals and a man who's close with the women in his life would likely treat the former Miss Alabama USA like the Queen she is — if he can find a way to stand out. Instagram paints a clearer picture of Connor J., but after only one episode in, it's hard to know where Hannah's head (or heart) will be in the end.

After everything that went down in Colton's season, who could blame Hannah for being a little cautious? When you meet a man's family, tell him you love him, and he sends you home, it would be hard to go into The Bachelorette season without a little apprehension. Love is a fickle thing — especially when it's on TV. If there's one thing Hannah appreciates, it's a man who's not afraid to be real. According to all the pictures on the Gram, Connor J. is the epitome of real. Not only does he go to cool concerts and talk up the women in his life, he seems to appreciate an adventure.

Now that you have the scoop on all things Connor J., you have my permission to spend the rest of the day basking in his Instagram photos. Not only is it a great use of your time (forget work), but you owe it to your girl, Hannah, so you can properly root for those deserving of that final rose (like the resident nice guy). Plus, I'm pretty sure Connor J.'s grandma would want you to do this; it's the right thing to do.