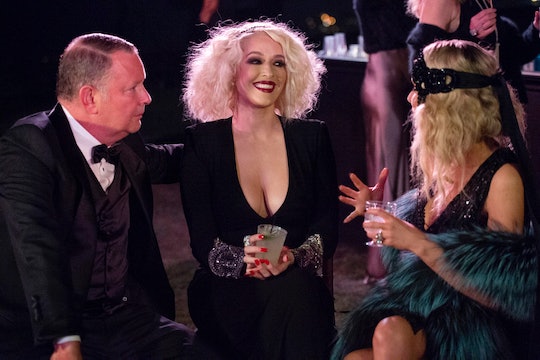 'RHOBH's Erika Jayne Has Made Some Serious Bank

When someone is named a Real Housewives star, you may think this means they can get by with their husband’s money or funds that have somehow accumulated to millions over the years. And while that may very well be the case in some instances, that doesn't mean a Housewife can't find fame and fortune from their own talents. Take Erika Girardi, a.k.a. Erika Jayne, for example, who is at the top of the Billboard Dance charts as a successful recording artist and can definitely afford to pay her way. Which begs the question: what is Erika Jayne’s net worth?

The Real Housewives of Beverly Hills star is married to a successful attorney, but she also makes her own money from her music. According to Celebrity Net Worth, Erika’s net worth is $5 million. Add that to her husband’s $11 million and you’ve got legitimate multi-millionaires, but the best part is that Erika has managed to make her own fortune by herself. And now, she’ll be adding to her already impressive resume when she competes on Season 24 of Dancing With the Stars in a few weeks.

You might argue that she has a leg up (no pun intended) on some of the competition, given that Erika has toured and performed on-stage a lot, but it will still be fun to watch the RHOBH star compete on the arm of professional dancer Gleb Savchenko.

Erika began her string of hit dance songs with "Rollercoaster" in 2007, which quickly reached the top of the Billboard's Hot Dance Club Play chart. What followed were eight other hit singles that each reached No. 1 status on the charts. It’s kind of hard to believe that, in a world of Kim Zolciaks who try to do the same but don’t quite get there, Erika has succeeded in creating legitimate music, but it’s obviously her main passion. Whether you're a fan of her alter ego persona or not, Erika definitely creates the kind of club dance music that you can’t stop listening to, so you have to give credit where it’s due.

Although Erika is an experienced performer overall, she’s still going to have her work cut out for her when it comes to those tango and waltz numbers, but she already knows how to perform a good show. Erika won’t be the first RHOBH star to appear on DWTS either. In fact, her co-star Lisa Vanderpump once competed for that Mirror Ball trophy, as did Housewives of Atlanta stars NeNe Leakes and Kim Zolciak. Then there's fellow Housewife Lisa Rinna, who was a semi-finalist back in Season 2. And Erika definitely doesn't seem like the type to ever be outdone by someone else, so viewers will just have to wait and see how far she makes it this season.