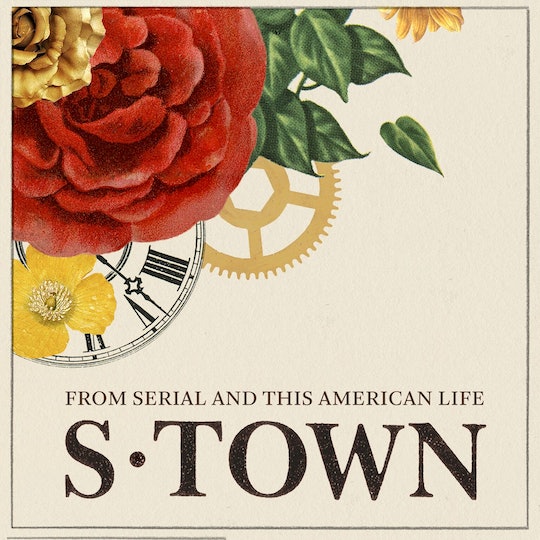 By now, fans of Serial are probably in the processing stages after flying through S-Town, the newest podcast by some members of the elite team that created Serial. Listeners are reliving the Russian nesting doll of mysteries, mulling over the would-be murder, the treasure hunt, the "Sh*ttown" from which the series derives its name, and the eccentricities of the brilliant John B. McLemore, whose life and legacy the nonfiction show centers. Those who got addicted to the podcast are marveling at how the little details came together, breathtakingly, over the course the seven "chapters" released at once last week. And, in replaying the gut-punch that was the final, revelatory installment, lots of fans are Googling "what is fire gilding?" among other random and strange questions that have to do with McLemore's past-time and life's work: clock restoration.

That's because the outrageously dangerous practice morphs for the listener from a past-time of McLemore's, illustrative of his genius, to what could be a huge insight into his mental state. Early in the series, S-Town presenter Brian Reed travels to Woodstock, Alabama, after McLemore urges him to visit his hometown to investigate what he believes to have been a murder coverup there. Ultimately, though, the gold-plated dime with which McLemore presents Reed proves more integral to the meandering, novelistic, and absolutely fascinating story — because McLemore plates it himself using potassium cyanide and a process called gold electroplating.

McLemore gold-plates a dime right in front of Reed, while drinking alcohol in his own workshop. Reed himself later reveals in a tweet that he eventually had the dime made into a pendant, but it represents much more than just a sentimental keepsake once listeners learn, at the end of chapter II, that a depressed McLemore had killed himself. Gold-plating was a huge part McLemore's trade. He also used a process called fire-gilding to restore antique clocks. And, through sleuthing and spellbinding conversations with people who knew McLemore in life, Reed learns that most experts in this profession won't engage in fire-gilding because it can cause devastating mercury poisoning.

According to the Barrhead News, fire gilding is "an outdated and highly dangerous process of melting mercury and gold, then coating surfaces with the amalgam to leave a rich and textured layer of gold." McLemore did this without ever bothering with safety equipment or even ensuring that there was proper ventilation in his workspace.

Fast forward to Chapter VII, of the series, when Reed contemplates the possibility that McLemore could have been slowly poisoning himself with mercury over the course of many years. It seems likely that he may have, as the resulting "Mad Hatter disease," as it's commonly known, often manifests itself in the form of anxiety, depression, and suicidal thoughts. Depression, at least, had reportedly plagued McLemore from the time he was a teenager until the day he took his own life at almost 50 years old.

As the jewelry-maker resource website Ganoskin points out, it's incredibly likely that a person who does fire gilding will suffer ill effects if they don't take proper precautions — and those effects will accumulate over time:

Mercury evolves poisonous, invisible vapors even at room temperature. As mercury is heated the vapors are even more aggressively released. These vapors are absorbed through the lungs and stored in the body; they cannot be cast off and therefore accumulate. This means that even minor exposure will result in a health risk eventually.

There's really no way to know for sure whether mercury poisoning did contribute to McLemore's suicide. Even exhuming his body and trying to test it for mercury would probably be fruitless, Reed said in the podcast — and he's unwilling to lobby for that, anyhow. Still, knowing more about the process and its dangers gives listeners a bit more information and context about the tragic death of a flawed but fascinating man.