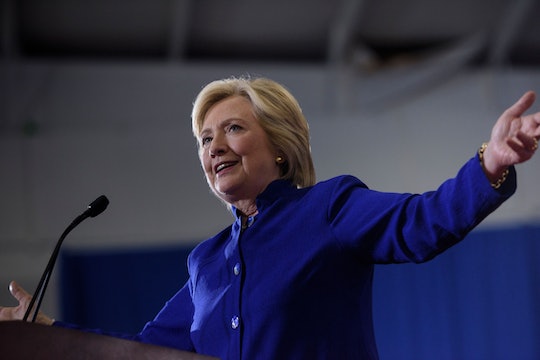 What Is Hillary Clinton's Immigration Plan? It's Pretty Much The Opposite Of Trump's

We've already heard so much about Republican presidential candidate Donald Trump's views on immigration this election cycle, because, well, they're just so hard to not talk about. His inflammatory comments about Mexicans and Muslims, his plan to build a giant, amazing Trump wall paid for by the Mexican government, his insinuation that Syrian refugees are dangerous, his disdain for undocumented immigrants regardless of circumstance — all of his views are pretty headline-grabbing, and most definitely polarizing. But what is Hillary Clinton's immigration plan?

Clinton's plan is not as well-known or as regularly discussed as Trump's, and yet, it's an issue that is clearly important for American voters. Immigration will likely be a front-and-center topic during the presidential debate between Trump and Clinton Monday, so there are a few key points in Clinton's proposed policies that viewers might want to be familiar with before tuning in. Unsurprisingly, Clinton's take on immigration stands in direct opposition to many of Trump's views, taking a much more favorable stance on the idea of immigration to begin with. But interestingly, Clinton's plan is also much more progressive in certain areas even than President Obama's, and those differences are likely ones that all voters — whether they align with Clinton or not — will want to pay attention to. 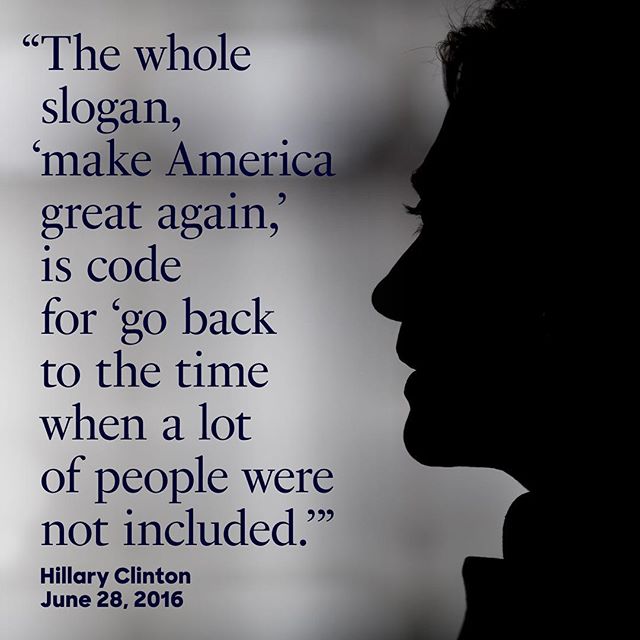 According to PBS, in comparison to Trump's hard-lined approach to immigrants, refugees, and pretty much any non-U.S. citizen, Clinton's immigration policy is actually quite inclusive, and is based on a positive overall notion of diversity and unity. Perhaps the biggest (and most significant) difference between the two candidates is that, while Trump would like to actively deport undocumented immigrants currently in the country, according to CNN, and also make it much more difficult for those outside the country to enter, Clinton has proposed a "pathway to citizenship" for most undocumented immigrants, instituting legislation that will allow options for them to become fully integrated. But that's not all: Clinton's plan is so integral to her platform that she not only wants to make it happen, she wants to get it done within her first 100 days in office, according to her campaign website.

Another major focus of Clinton's immigration platform, according to Vice, is fighting to uphold the executive actions introduced by President Obama, which were designed to temporarily protect the estimated five million undocumented immigrants from deportation who were either brought to the United States as children or who have children who are U.S. citizens. Clinton said that the actions, known as DACA (Deferred Action for Childhood Arrivals) and DAPA (Deferred Action for Parent Arrivals), are designed to protect families at risk for being separated through deportation, and particularly to protect children who could end up having their parents taken away from them. Clinton's campaign website quotes her as noting that, for undocumented immigrants who came to the country as children, "America is the only home they know," and that "at stake are stronger families, communities and economy."

The problem Clinton would face here though, is that the legitimacy of Obama's authority to advance the plan is still in question. According to The New York Times, 26 states sued to block Obama's executive actions, arguing that he "[ignored] federal procedures for changing rules" and "[abused] the power of his office by sidestepping Congress." In June, the Supreme Court voted 4-4 in a case challenging the plan, which means an earlier appeals court ruling blocking DACA and DAPA will remain upheld. As Vice noted, if Clinton becomes president and is able to fill the Supreme Court seat left vacant by the late Justice Antonin Scalia, she might then be successful in breaking the tie and moving the plan forward. But for now, the future of deferred deportation is uncertain.

Other elements of Clinton's immigration policy include allowing all individuals (citizens or not) to access health insurance by buying into Obamacare if they so choose — though she does not support extending subsidies to those individuals. According to CBS News, Clinton explained in a televised town hall meeting in March that she believes undocumented people should "be able to get the health care they need," as "the right and moral thing to do for them," and thus, should have the option to purchase health insurance under the provisions of Obamacare if they can afford to. Currently, the Affordable Care Act does not allow undocumented individuals the right to do so.

But while Clinton supports many of the Obama Administration's policies on immigration, one aspect she would like to overturn is that of private immigration detention centers, and particularly the family detention centers opened in 2014 (a review into the private facilities is currently underway by the Homeland Security Advisory Council, according to NBC News). Clinton has also vowed to "enforce immigration laws humanely," according to her campaign website, which focuses deportation efforts predominantly on those who "pose a violent threat to public safety."

Regardless of what you think of Clinton's proposed plan for immigration reform, it's clear it stands in pretty stark opposition to Trump's view, which seems to largely rely on the idea that immigration is inherently dangerous. There's no doubt though that the conversation about immigration is an important one that shouldn't be taken lightly, and it's reasonable to expect both candidates will have a lot to say on the matter when they finally go head-to-head in a debate. Their fundamental differences in opinion can have a huge impact on the election, as well as at least the next four years in the country, so understanding where both candidates stand will be incredibly important before heading to the polls.