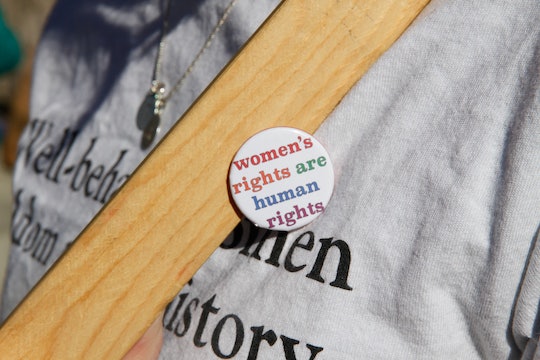 What Is International Women's Day?

According to its website, International Women's Day is a global day created to honor the social, economic, cultural and political achievements of women, and focuses on unity, celebration, reflection, advocacy and action. In 1908, 15,000 women marched through the streets of New York City demanding shorter work hours, better pay, and the right to vote. By 1909, the Socialist Party of America declared that the first National Woman's Day would be observed across the United States on February 28. The following year, Clara Zetkin, leader of the "Women's Office" for the Social Democratic Party in Germany, suggested that there should be an international Women's Day, where women of every country could come together to press for their demands.

Recently, the International Women's Day website has started yearly campaign themes. In 2016, it was the #PledgeForParity campaign which committed to help women and girls achieve their ambitions and challenge their bias. It called for gender-balanced leadership, valuing contributions equally regardless of gender, and encouraged the creation of inclusive flexible cultures. This year, the campaign theme is #BeBoldForChange. Supporters are implored to challenge bias and inequality, campaign against violence, forge women's advancement, celebrate women's achievements, and champion women's education.

Women across the world can visit the IWD website to learn how they can participate in International Women's Day celebrations and be bold for change in 2017.