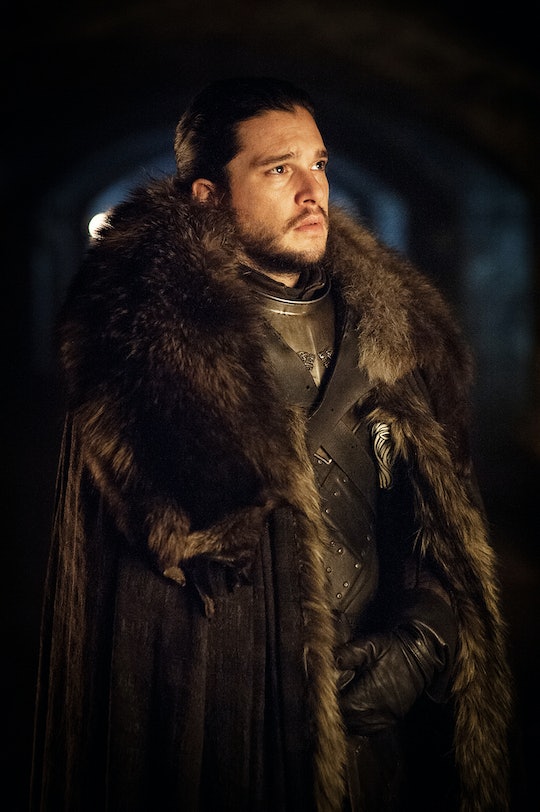 Here's The Backstory To Jon & Tyrion's 'Game Of Thrones' Relationship

Way back in Season 1, when viewers were just getting to know both the Stark and Lannister families, Jon Snow was as far from his current station as King of the North as you can get. He was ready to make his way to Castle Black to become part of the Night’s Watch, but before he would leave to do that, he met Tyrion Lannister, who was undeniably different. So what is Jon and Tyrion's history on Game of Thrones?

As somewhat outcasts of their respective families (Jon a bastard and Tyrion continuously ridiculed by both Cersei and their father), they immediately had that in common. So it was no real surprise that Jon and Tyrion ended up bonding in a way. When Jon traveled to Castle Black with his Uncle Benjen and the rest of the new recruits, Tyrion joined them and tried to give Jon a wakeup call.

Although Jon figured his only place in the world was to serve on the Night’s Watch, Tyrion pointed out that he was only going to The Wall because he had nowhere else to go. And in a way, Tyrion had a similar fate of having no real purpose except that he was lucky enough to be high born rather than born as a peasant.

But even among the rapists and thieves of Castle Black, Jon was able to hold his own, for the most part. After Jone broke the nose of one of these hardened criminals, a group cornered him, only to be thwarted by Tyrion. And afterward, he gave Jon the news that Bran had woken up from his coma after being pushed from the top of a tower window.

Tyrion also gave Jon the advice of owning his title of bastard, despite what others might think, which is something Tyrion has had to do his whole life as an outcast in his own family, even if he’s not technically a bastard himself. "Never forget what you are," Tyrion told Jon in Season 1. "The rest of the world will not. Wear it like armor, and it can never be used to hurt you."

In the latest episode of Game of Thrones, Tyrion called back to the evident bond that he and Jon shared once upon a time when he wrote at the end of his letter, "I appeal to you, one bastard to another, for all dwarves are bastards in their father’s eyes."

In the brief amount of scenes Jon and Tyrion have had together on Game of Thrones, they’ve shown a sort of respect for each other and when Jon and Tyrion reunite in Season 7 Episode 3, chances are that bond will help Jon and Daenerys’ alliance progress much more easily. She did say that she expected Jon to "bend at the knee for her," but she might be more inclined to be a little softer on someone who’s already gained Tyrion’s trust and who never followed a Baratheon in his life.