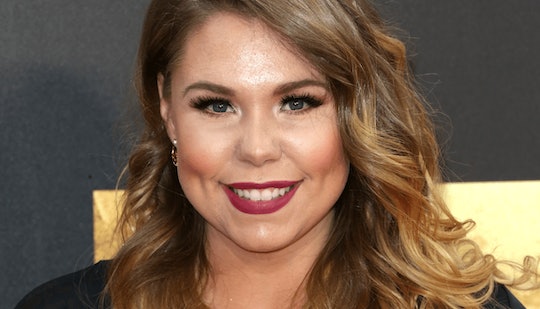 MTV's Teen Mom franchise has helped launch the careers of several of its stars. For Kailyn Lowry of Teen Mom 2, the show gave rise to a New York Times bestseller nod. What is Kailyn Lowry doing now? It seems as though all of Lowry's energy is focused on naming her on her newborn son, born on Aug. 5. The 25-year-old mom is calling her son "Baby Lo" for the time being. Lowry is now the mom of three: Her oldest is 7-year-old Isaac Elliot and her next oldest is Lincoln Marshall, who turns 4 in November.

Lowry's career started in reality TV when she joined the cast of Teen Mom 2 in 2011. At the time of the show, Lowry worked as a dental assistant, according to Wet Paint. Since then, her career has taken off in a much different direction, largely in the world of publishing. Lowry is the author of two non-fiction books, as well as the children's book Love is Bubblegum and an adult coloring book based on her 2016 motivational title, Hustle and Heart.

On social media, Lowry describes herself as "Boss mom x3, NY Times best selling author & DSU graduate." Lowry graduated from Delaware State University in May, after six long years of struggles to finally finish her bachelor's in mass communications. In the run up to becoming a college graduate, she managed to publish four books and have two kids with a third on the way as she walked across the graduation stage. So, what's next on Lowry's plate?

In 2013, Lowry told Wet Paint she was interested in working in the media. "If the opportunity arises I would love to be a host at some point," Lowry said. "I'm willing to work to get there and do behind-the-scenes production and that kind of stuff." Her degree in mass communications has certainly prepared her for the prospect of taking her TV experience to a full-time career path in media.

According to her website, Lowry was still doing book signings through April, and the last four months have been quite the whirlwind, with both her college graduation and the birth of her third child. She hasn't indicated yet what her next plans are, but I wouldn't be surprised if fans see another book from her or the announcement of another reality show sometime in the next year. For now, it's full-time mama life for Lowry, and if she waits any longer on naming Baby Lo, perhaps professional baby-name researcher, too.