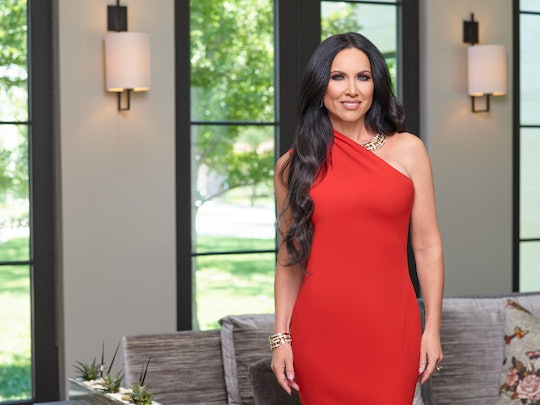 Here's What LeeAnne Locken Did Before 'RHOD'

The Real Housewives of Dallas returned to Bravo for its third season last month and LeeAnne Locken is back with an impressive array of new weaves. This season, we see her continue to struggle with the bonds of friendship, plus, she faces a very long engagement which causes everyone to question her relationship. Amidst challenges in her personal life fans may be wondering: what is LeeAnne Locken's job? Although her fellow cast members speculated early on that charity organizing is her full-time job, LeeAnne set the record straight to reflect that her work in the charity world was purely altruistic.

"I spend more on charity than the majority of our other cast members," she said in a 2016 interview with Broadly. "I know that 100 percent, without a doubt in my mind. They may attend one event where they donate $20,000, but I'm constantly out there, at three or four charity events a week, where the minimum charity ticket is $350. You add that up."

Of course, LeeAnne comes from very humble beginnings, which led some of the more affluent cast members on The Real Housewives of Dallas to conclude that she uses an emphasis on charity functions to artificially inflate her standing in Dallas society. But LeeAnne is completely transparent, humble, and self-effacing about having been a former "carnie" — the child of carnival workers who eventually began working the carnival circuit herself. As you can imagine, that led to pretty painful bullying as a child, compounded by the trauma of being abandoned by her mother and sent to live with her grandmother at age three.

In an effort to overhaul her image, LeeAnne began competing in pageants as a teen — and winning. She placed as a finalist several times in both the Miss Houston and Miss Texas pageants, eventually winning the state crown and going on to compete as Miss America. But it wasn't until 1989, when she competed in the Miss Arizona pageant at the behest of her mother, that LeeAnne placed in the Top 6 at Miss America, jettisoning her into the national spotlight. LeeAnne had temporarily moved to Arizona to take care of her ailing mother and she subsequently toppled a pageant dynasty in the state to win in an upset victory.

LeeAnne used her Miss America fame to break into the charity scene once she was back in Dallas (snagging a cameo role in 2000's Miss Congeniality along the way and using her carnie skills to make balloon animals during the talent competition). She now works closely with organizations like Legacy Counseling, SPCA of Texas, The Fashionistas, AIDS Services Dallas, and the Design Industries Foundation Fighting AIDS, according to her Bravo bio, and before her time on RHOD, she mostly got by on other reality TV, anchoring, modeling, and hosting gigs. For now, with a steady paycheck as a Bravo-lebrity, it seems like she's focused on speaking engagements and charity volunteerism full-time.