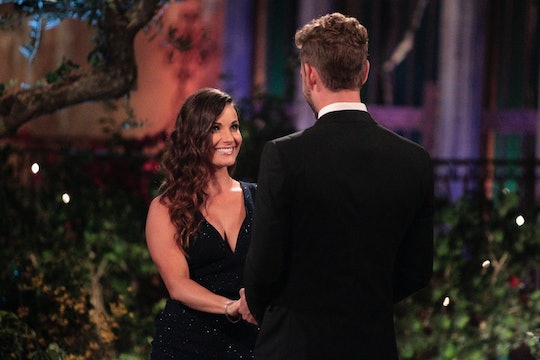 Liz's Life Outside Of 'Bach' Filming Is Admirable

Although on The Bachelor she calls herself a doula, Liz has a lot of other things going on in her life and since The Bachelor finished filming, she's been dedicating most of her time to those projects. So you're probably wondering, what is Liz doing now after The Bachelor? The contestant has made a career out of traveling, volunteering, and being a life coach. To be fair, Liz was already well into this area of her life when she embarked on the adventure of being a contestant on The Bachelor, but since filming wrapped, it looks like she's been back at it. You haven't forgotten Liz, have you? She's the contestant who already knew Nick quite intimately after spending the night with him at Jade and Tanner Tolbert's wedding.

While Liz may be a certified doula, working with women throughout their pregnancy right up until their delivery, her Instagram account tells the story of a world traveler who enjoys doing good for others, while exploring and learning enough to blog about it all. So she truly is a woman of many talents. Pretty much all of Liz's photos document her travels and causes that she advocates for, but she also runs a lifestyle blog, where she talks about her other profession as an actual life coach — something we've all probably felt that we've needed at some point in our lives.

On ARomancedLife.com, Liz describes herself as a mentor, a writer, a speaker, and someone whose "vision is to partner with people who are ready to dive deep into life." In a variety of testimonials, past clients of hers describe their positive interactions with Liz, who either helped them figure out their career paths or life goals in general.

Liz is also a part of the team behind Project Future Light, whose goal is to raise money for an orphanage near Maesot, Thailand, where Liz visited herself and worked with locals on. Liz first visited the site of the orphanage in 2012 and went back in 2015. After her second visit, according to the website for Project Future Light, Liz said, "After going, I felt an overwhelming sense of peace and alignment that this is right where I am supposed to be and I am blessed to be a part of this project."

When she isn't coaching people in their life choices and answering her apparent calling by doing genuine good, Liz is still all about that travel life. On her Instagram, you'll see inspirational photos from her visits to places like South America, India, and Africa. Regardless of how far Liz goes on The Bachelor this season, maintaining her voice and her convictions that are apparent through both her social media and blog is obviously important to her.