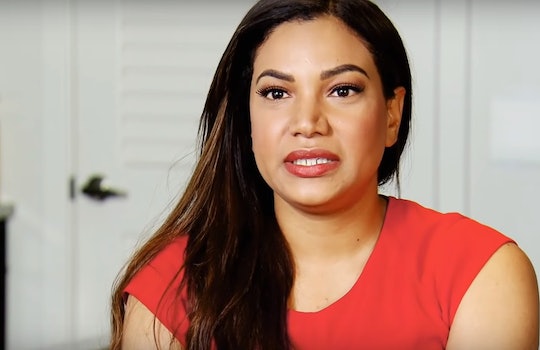 Over the past seven seasons of Married at First Sight, more couples have split up than have stayed together, but sometimes it’s more fun watching their journeys and getting to know the stars. Like Mia Bally, for example, who seemed intent on finding love and a lasting marriage. Whether she gets her happily ever after or not, she’s become one of the fan favorites, leading viewers to have lots of questions about her. Like, what is Mia Bally’s job? The Married at First Sight star is more than just a new reality TV personality in the making. Outside of the show, she’s an airline recruiter.

If you’re like me and still don't know what that is, apparently it’s exactly what it sounds like. An airline recruiter is responsible for hiring most of the cabin crew for any given airline. It definitely seems like an important job. She’s the only thing standing between a flight attendant who’s stingy with the peanuts and one who will gladly top off your screwdriver at 10 in the morning. According to a LinkedIn profile that looks like it’s hers, Mia works as a recruiter for Delta Airlines. And before that, she was a human resources executive for CenturyLink.

Although Mia’s Instagram seems to be fairly new and doesn't show any details about her workplace specifically, she likely just prefers to keep her private life to herself. And you can’t really blame her since such a big part of it has been shown on Married at First Sight this season.

Like every other couple on Married at First Sight, Mia and Tristan Thompson met at the altar and got married moments later. As fans have watched their story unfold this season, there have been plenty of highs and lows for the couple. This included Mia and Tristan missing their honeymoon because of Mia’s arrest warrant that Tristan knew nothing about prior to seeing her detained at the airport.

According to a police report obtained by Newsweek, Mia was accused of allegedly stalking an ex-boyfriend, for which she was detained on the show during filming. Through that, Tristan still stuck by her side, but now, things aren't looking as optimistic for the pair. The process on Married at First Sight has worked for just a few couples in the series, but Mia and Tristan are now among the several whose unorthodox wedding and relationship resulted in divorce.

In September, People reported that Mia filed for divorce from Tristan just months after their on-air nuptials. It’s unclear why she filed or if there’s more to the story, but as viewers have seen this season, things went from bad to worse more than once.

On the show, after the airport incident, Tristan already started having his doubts about their marriage. "This entire marriage I feel like I’ve been completely honest with Mia, and I’ve told her to just give me the truth, and it seems like she’s gone out of her way to hide things from me," he said. "I honestly don’t know what to feel or what to believe right now. I thought we were done with all the secrets and lies."

Hopefully now that the show is behind them, Mia can focus on work and other people in her life away from the cameras and prying eyes. Although I’d be lying if I said it wasn't at least a little disappointed that they didn't work out after the season. It’s still unclear why Mia filed for divorce from Tristan or if they split before the season is over, but things were not easy for them from the start.