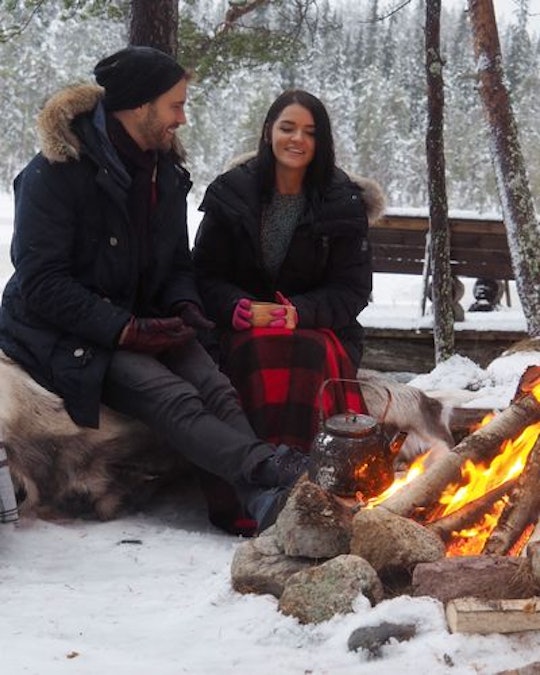 Raven Is Thriving After 'The Bachelor'

Whenever it gets down to the final two women on The Bachelor, it's never easy. By then, fans have found ways to love them both and no matter who is chosen for the imminent proposal, it's always a bittersweet kind of thing. But regardless of whether or not Nick chooses Raven, what is Raven doing now after The Bachelor? Judging by her Instagram content, it looks like the Bachelor contestant has been focusing on her business and rightfully so.

Raven’s boutique, Grey Suede, opened almost a year ago in Jonesboro, near her home in Arkansas. On the store's website, you can see the kinds of women's clothing she offers, ranging from denim shorts and skirts to amazing rompers. At 25 years old, it's amazing that Raven already has a successful business, let alone one that she built up by herself. Of course Raven's store is a couple thousand miles from where Nick currently resides in Los Angeles, but who knows what the couple worked out, provided that Raven wins The Bachelor.

Even if she doesn’t win, though, it’s important to note that Raven obviously isn’t about sitting around and pining after a lost love and instead is still focused on working on her increasingly successful business.

But other than working on her business and being the boss lady, Raven has also been super into cultivating the friendships she made while filming the show. You don't get to the final two on The Bachelor without making a few legitimate friends along the way, and seeing Raven and Rachel's relationship makes all of the heartache worth it to watch.

On March 8, which was International Women’s Day, Raven took the time to post a group selfie on Instagram with her staff at Grey Suede and the caption: “Celebrating #internationalwomensday with some of my employees. They are the heart and soul of Grey Suede & I hope to always be an example to them that a woman can do ANYTHING she chooses.” Clearly keeping her business alive, regardless of what her personal love life might look like, is super important to the Bachelor contestant and how could you not love that about her?

If Nick chooses Vanessa on The Bachelor, there will likely be mixed reactions among fans. Some will be happy and feel vindicated that he chose their own first pick, while others will be disappointed that Raven’s heart was broken. But even if the latter happens, Raven is obviously a strong and independent woman who can totally get back up again.