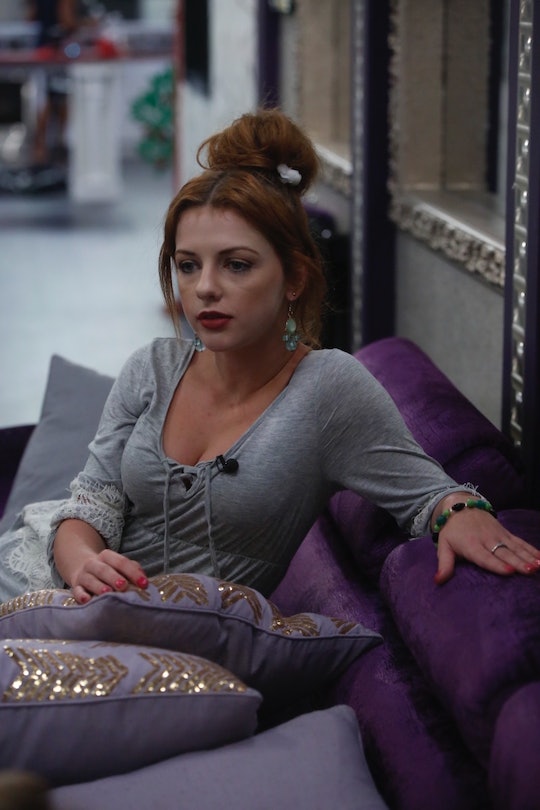 Raven Has Revealed Another Health Condition On 'Big Brother 19'

Whether or not you believe the growing list of ailments that Big Brother 19 houseguest Raven lays claim to, there’s no denying that she does have at least one confirmed condition, which is gastroparesis, a digestive disorder that she even has a stomach pacemaker for. But since she hasn’t been shy about rattling off her other maladies, it makes you wonder if some of them actually exist. For example, what is Raven’s “rough kneecap syndrome” on Big Brother 19? The houseguest hasn't let any of her health issues get in the way of competing this season, but that doesn’t mean she’s been quiet about any of them.

During a recent episode of Big Brother 19, there was a short montage of different times in the house this season where Raven either named another health condition she was diagnosed with or claimed something outlandish like having family members who were on the Titanic or her mom surviving getting struck by lightning. I mean, I’m not going to say that either claims are untrue, but for the first time, I’m in agreement with Paul’s questions about Raven’s validity in all of her stories.

At one point though, while she and Paul were sitting in the hot tub with Jason, Raven announced that she has what she called rough kneecap syndrome and it turns out that it’s actually a thing. As to be expected, though, there’s a fancy medical term for it.

According to WebMD, patellofemoral pain syndrome (a name that makes it easy to see why Raven used the easier term) is "pain in the front of the knee. It frequently occurs in teenagers, manual laborers, and athletes. It sometimes is caused by wearing down, roughening, or softening of the cartilage under the kneecap."

Despite all her wild stories the Big Brother editors have made sure fans are aware of, Raven’s rough kneecap syndrome is real and it makes total sense that she would be afflicted with it. The houseguest is an experienced dancer and outside of Big Brother 19, Raven is a dance instructor, so having a medical condition that only gets worse when squatting or jumping is something she could legitimately be affected by. In fact, in an article written about patellofemoral pain syndrome in the North American Journal of Sports Physical Therapy, it was noted that "90% of injuries in dancers involve the low back, pelvis, legs, knees, or feet."

So despite some of her less believable tall tales, it's clear that Raven knows what she’s talking about when referring to patellofemoral pain syndrome, so maybe her stories are more trustworthy than Paul originally thought.