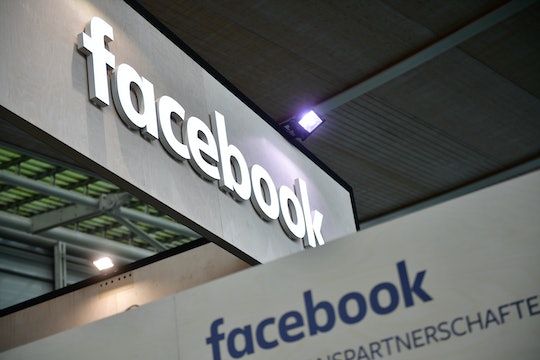 The 10-Year Challenge Is Not For The Desperately Insecure, Trust Me

There are some trends that don't need to be adopted by everyone, okay? Like every time bangs come back I'm always thinking I should try bangs and then I remember I have a postage stamp for a forehead and caterpillars for eyebrows and bangs would just make a worse muddle of things. Another trend I'm avoiding like the plague? Facebook's latest greatest hit, the 10-year challenge. What's the 10-year challenge, you ask? You must be new here, because it's everywhere. And a constant reminder of how the last decade ravaged my face as well as my soul.

The 10-year challenge, or the "Glow Up" challenge as some are calling it, is the first big fad of 2019. The concept is for people go online to do a side-by-side photo of themselves in 2009 and then 2019. It has been wildly trending on social media, Facebook, and Instagram in particular, because some people apparently age rather well in a decade and are happy to share their pictures. I should tell you right now this is also called the How Hard Did Aging Hit You challenge which makes it sound much less fun and more painfully honest. And yet, people seem to be just eating it up all over the place.

Especially celebrities, maybe because they're all aging beautifully.

The 10-year challenge started to make the rounds just after the new year, when everyone is feeling fresh and new and apparently in need of some serious validation. It took off like a flash, perhaps unsurprisingly. Perhaps because it's a brilliant meme, or perhaps because people really do want to take a moment to check their progress as human beings over the past decade. Spend a little time staring into the faces of the people they once were and the people they've become to try to figure out where life took them, where things went well, and where they went wrong.

Plus it's always great if some ex-boyfriend sees you on Facebook looking fierce and immediately starts kicking himself. I wouldn't know, but I assume that would be awesome.

While most people see the 10-year Challenge as just a bit of passing fun, there are plenty of tech experts out there wondering if there's a darker purpose behind Facebook's latest trend.

As Kate O'Neil of Wired noted in a recent article, this recent 10-year Challenge on Facebook has managed to pull together a well-organized group of pictures specifically set 10 years apart. Which has some people wondering if there might be a possible face-recognition algorithm behind the seemingly innocent meme. A spokesperson for Facebook responded to the claims in an email to Wired, writing:

This is a user-generated meme that went viral on its own. Facebook did not start this trend, and the meme uses photos that already exist on Facebook. Facebook gains nothing from this meme (besides reminding us of the questionable fashion trends of 2009). As a reminder, Facebook users can choose to turn facial recognition on or off at any time.

I have a strong suspicion that the 10-year challenge is nearing the end of its cycle, which is fine by me. I'm already starting to feel the pull of conformity, the drifting towards rummaging through old photos and doing a comparison from the past decade.

And honestly? I just don't need that in my life.