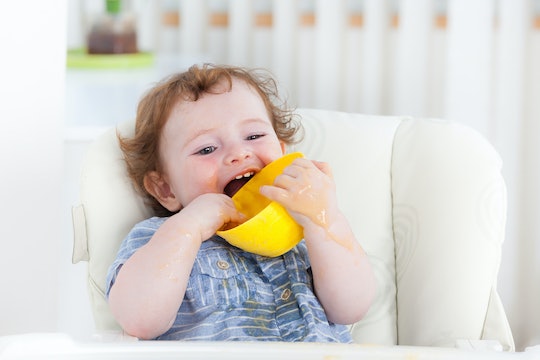 The first year has passed, and this was probably the hardest year, trying to learn all the ins and outs of parenting. Now that you are starting to get the hang of things and maybe even sleeping more (which we can all agree is fantastic), you probably noticed that your baby decided to throw a monkey wrench at you and is not waking up in the same position that you put her down in. Should you be concerned? What is the the best sleep position for a 1-year-old? Because it's most likely that your 1-year-old is able to roll from back to stomach easily at this point and is definitely not waking up in the same position that you put him down in last night.

Since your baby was born, you were told that they should be sleeping on their backs. This is mainly due to Sudden Infant Death Syndrome (SIDS), which the jury is still out on when it comes to explaining the actual cause. But now that your child is a year old, is this still a risk? "Babies should be placed on their backs to sleep, no matter what their age," states Christine Stevens a Certified Professional Sleep Coach and founder of Sleep Solutions by Christine. However, "if a baby wants to roll to their side or on their tummy, then it's ok to let them." Thank goodness because the thought of having to move your baby in the middle of the night, possibly waking them, sounds anything but peaceful.

So even though your child is now at the stage where they can freely roll from back to stomach and side to side — they're probably also ending up on the other side of their crib, as a matter of fact — they should always be placed on their back when you are putting them down for the night. And if SIDS is still a concern for you, Baby Center explains, "By definition, SIDS doesn't happen after a child's first birthday." In fact, once your baby is one (and even before), they are probably aware and mature enough to know to wake themselves up if they are in a position where their breathing is compromised.

But if there are toddlers who are flipping over to their stomach or side, does that mean that they all should naturally be snoozing in that position? Because there are some who stay asleep on their backs all night long. Actually, there is an interesting study that showed the long-term effects of back sleeping in toddlers that tracked the resting patterns of 60 children under the age of 3. Kevin D. Pereira, M.D., a pediatric otolaryngologist at the University of Texas Health Science Center says "when children spent 50 [percent] of their sleeping time on their backs, the mean respiratory disturbance index increased from 5.6 to 8.5." This means that toddlers who spend the majority of the evening sleeping on their backs have a higher risk of sleep apnea, a condition in which breathing is repeatedly interrupted during sleep.

The study further showed that when the child slept on their side, the index dropped to 4.9. This suggests that a toddlers over a year, who have the wherewithal to roll over, should not spend the full night sleeping on their backs. But since sleep is such a curious topic, if your child is sleeping happily and there is no cause for concern, it may be best to just let them be. If you are concerned in any way, the best thing to do is discuss it with your pediatrician.

Otherwise, let them figure out for themselves what the most comfortable sleep position is for them.