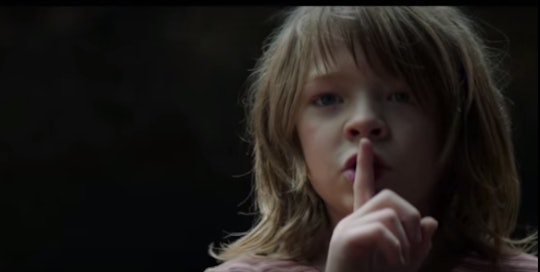 What Is The End Credits Song In ‘Pete's Dragon’? It's An Upbeat Collaboration

The summer remake of the 1977 original Pete's Dragon, is certainly attracting a lot of buzz this movie season. The Disney movie hits theaters on Friday, and the story that follows a young boy, who is orphaned and develops a relationship with a dragon, has received positive critical reviews so far. So you may be interested to learn about every single detail regarding the film, like, what is the end credits song in Pete's Dragon? It's a collaborative track by Lindsey Stirling and featuring Andrew McMahon called "Something Wild."

Apparently Stirling very much enjoyed working McMahon. In an interview with local CBS station Fresh 102.7, Stirling, singer and violinist, explained exactly why working with singer and pianist McMahon, was such a treat.

He [McMahon] is the nicest guy and so talented. I’ve been a fan of his for a really long time. In high school, 'Something Corporate' was my jam. When I was in college, I was all about Jack’s Mannequin; and so to be able to work with him – I was trying to play it super cool – but as soon as he went in to record in the vocal booth, I was just like: fan girl squeal.

As for the film itself, the Disney remake appears to be winning film critics over already. Pete's Dragon received a score of 85 percent on Rotten Tomatoes, and according to the Variety, the David Lowery-directed film is projected to hit in the $25 million range opening weekend.

As for the 10-year-old rising star Oakes Fegley who plays Pete in the film, he described to Screen Rant what it was like to work with an animated dragon. In one scene, Fegley had to imagine himself actually getting on the dragon's (Elliot) back.

...The one scene where I’m getting on his back to go, that was all certain rigs and ways that I could get onto Elliott and lots of things like that. It was originally hard to imagine the dragon was there even though it wasn’t. As we progressed through it, it was easier and easier.

Talk about acting chops and the incredible skilled use of imagination. Impressed isn't even the word.

It's certainly been a movie season of remakes, sequels, and bringing stories to the big screen – Ghostbusters, Suicide Squad, Finding Dory, and The BFG are some examples to name a few. But if critics' rave reviews holds up, then Pete's Dragon may be a real summer hit.