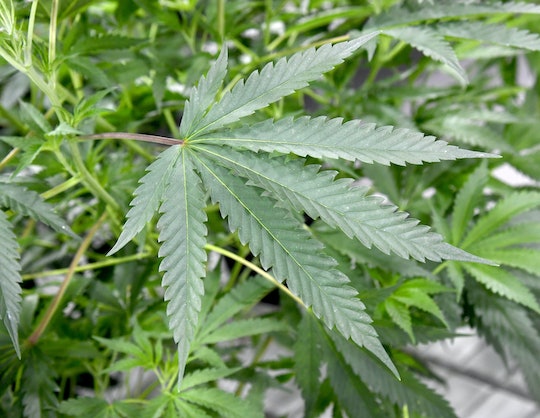 The fight to legalize marijuana has been making its way across the country on a state-by-state basis, but that process might be speeding up, thanks to a new bill. Many on Twitter are asking: What is the Marijuana Justice Act? Sen. Cory Booker, who is pushing the bill, wants to legalize pot on the federal level, for a very important reason.

On Tuesday, the New Jersey Democrat introduced a new bill that would take marijuana off the official list of controlled substances, making it legal on the federal level. According to a press release, the bill "would also incentivize states through federal funds to change their marijuana laws," which currently disproportionately affect low-income people and people of color.

While the Centers for Disease Control (CDC) does point out some important health drawbacks to regular marijuana use, such as long-term lung damage, advocates for legalization also make plenty of other valid arguments for their case. Some say that marijuana doesn't seem to be any worse for health than alcohol, while others point out that at least some data shows teenage drug use doesn't increase when marijuana is legalized. Even some moms say that smoking marijuana makes them better parents.

Currently, because marijuana is legal in some states but not legal at the federal level, those who smoke pot in a state like, say, Colorado can get into big trouble with the government, as a recent John Oliver segment on marijuana laws showed.

Booker's bill, which would also allow for retroactive sentencing reviews for people already serving time for marijuana offenses, has the potential to help many who find themselves at a disadvantage, simply for doing the same thing that a lot of teens do in their parents' basements.

But if you're a big marijuana fan, don't start rolling a celebratory joint just yet. Chances that the bill will actually pass are extremely slim under the Trump administration. After all, Jeff Sessions is the attorney general, and he wants to ramp up the war on marijuana, not make it legal.

Still, the fact that Booker introduced the bill at all shows that the times, they are a changing.