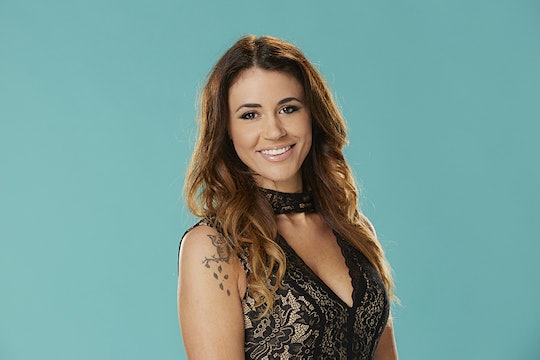 What Is Tiffany's Job Outside of 'Big Brother'? It Could Be Useful To Her Inside The House

It's hard to believe that Tiffany may be walking out of the Big Brother house this week after a third eviction nomination, but then again, Paulie has been gunning for her exit since the season began, so maybe it's not too much of a surprise. But given how sensitive she is, it makes you wonder what Tiffany does when she's not competing for $500,000. So, what is Tiffany's job outside of Big Brother? She told Jeff Schroeder in her pre-show interview that she's a high school teacher, and then told her fellow Big Brother 18 houseguests that she's actually a middle school teacher, so which is it?

Regardless of her reasons for the flip-flop, Tiffany Rousso is a teacher outside of Big Brother. That job might actually come in handy in the house, if she's able to secure a return to the house, assuming she's evicted on Thursday's live show. I get that Paulie wants her out of the house because he's threatened by whatever tactics she may have up her sleeve, being Vanessa's sister and all, but it doesn't make it easy to root for a houseguest's demise when they're legit crying because they have no friends in the house and no one to trust or talk to. Put yourself in her shoes for a second and think about how these Mean Girl houseguests are making her feel at the moment.

Besides being a math teacher, though, Tiffany has already tried her hand at a competition show, but before you get in a tizzy and speculate whether or not it was a past Big Brother season and that maybe she's somehow a veteran player too, I'm going to stop you right now. But it is a show that you compete in against a group of strangers who you see and interact with, though in this case off the radar and online. Sequester is a competition show online, where the contestants compete from their own homes against 11 other people for prizes from the show's sponsors. They also endure humiliations curing the live streams, like smearing peanut butter on their faces or whatever else is voted on by the viewers. Big Brother it is not, but it may have helped in preparing Tiffany for the house, since it was the show she competed on directly before contacting Big Brother to be considered as a houseguest for Season 18.

As for that whole teaching thing, Tiffany Rousso's actual job outside of Big Brother is as a math at the Oxbridge Academy in West Palm Beach, so she wasn't lying about that. We know that she's intelligent, calculated, and strategic, so perhaps her career will actually help her out of the sure-to-be eviction she'll be facing on Thursday.

If Tiffany lives to see another week of Big Brother, then it will give her another chance to showcase any strategy her education has afforded her. You have to root for the seemingly alone underdog, especially with a house full of wolves.