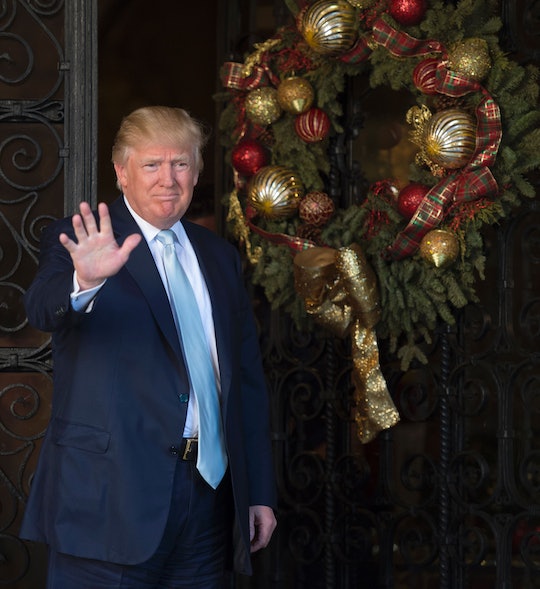 What Is Trump's Stance On Israel?

President Obama has publicly condemned the 140 settlements created illegally, at least according to the UN, in the Israeli-occupied West Bank. The United Nations has condemned these same settlements, declaring them a clear hinderance along the path to creating the much-touted two-state solution, where both Israel and Palestine can live securely and peaceably side-by-side. But what is President-elect Trump's stance on Israel? As Obama gets ready to exit the Oval Office and hand over the reigns to Trump on Jan. 20, Trump is urging Israel to "stay strong" until he takes office.

Trump was presumably referring to the United States decision on Friday not to use it's veto power to inhibit the recent resolution by the United Nations to condemn the settlements. The UN resolution, which was voted 14-0 (with the United States abstaining), found the settlements to have "no legal validity" and called for Israel to “immediately and completely cease all settlement activities in the occupied Palestinian territory, including East Jerusalem,” according to CBS News. Israeli Prime Minister Benjamin Netanyahu responded by saying the Israeli government has every intention of ignoring the UN resolution and moving forward with expanding settlements in direct opposition to the Security Council. And what does President-elect Donald Trump have to say about this?

Trump Tweeted his support for Israel just ahead of Secretary of State John Kerry's speech explaining that the United States' decision to abstain from voting on the UN resolution was intended to protect the possibility of a two-state solution, “the only way to achieve a just and lasting peace between Israelis and Palestinians,” according to The Washington Post. Kerry went on to condemn the "annexation" of the West Bank, and accused Israel of refusing to accept the two-state solution in favor of attempting to grow a "greater Israel." Prime Minister Netanyahu responded by denouncing Kerry's speech, calling it "obsessively" focused on the settlements. But Netanyahu had some friendlier words for President-elect Trump:

Trump was vocal in his condemnation of President Obama's opposition to Israel's plans to expand settlements in the West Bank, referring to Obama's decision not to use the United States' veto power at the United Nations as a "roadblock":

Kerry acknowledged that Trump and his team might take a different stance on Israel, according to CNN:

The incoming Administration has signaled that they may take a different path, and even suggested breaking from long-standing U.S. policies on settlements, Jerusalem -- and possibly the two state solution, that is for them to decide. That's how we work.

It seems as though Kerry could be right; House Republicans are reportedly already drafting a non-binding resolution condemning the vote at the United Nations. And as Trump transition spokesman Sean Spicer noted to reporters, Trump's Tweets "speak for themselves, very clearly."