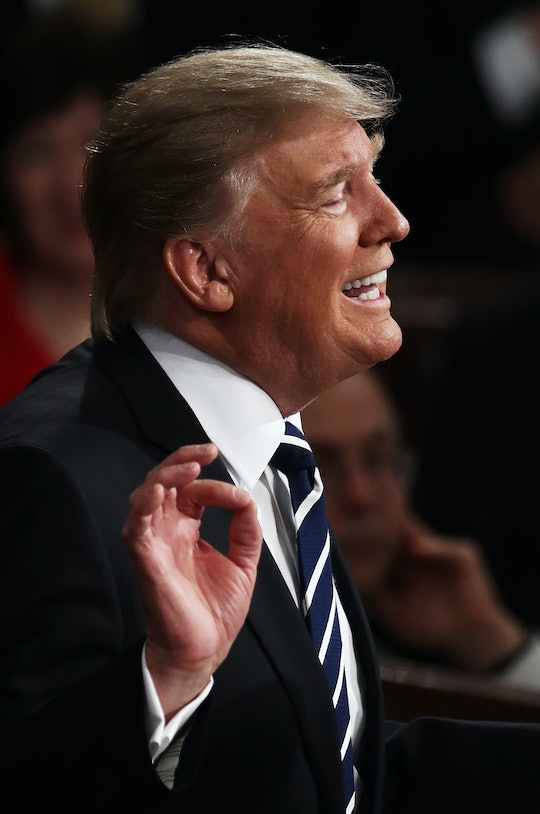 What You Should Know About VOICE

President Donald Trump's address to a joint session of Congress on Tuesday focused mainly on domestic security. While addressing immigration reform, the president mentioned a new program called VOICE. So what is VOICE and how does Homeland Security fit into it?

VOICE stands for the Victims of Immigration Crime Engagement. It's a special unit that will hypothetically work under ICE, or Immigrations and Customs Enforcement. This is a new program that Trump's administration wants to put into action. The new VOICE office would provide "a voice to those who have been ignored by our media, and silenced by special interests," the president said.

Trump said that the new VOICE office would target criminal organizations or criminals that target American citizens. The president also says that the crime rates in America have been rising and that there is a need for a special office, like his VOICE office, that would counteract those crimes. But those crimes just don't exist — at least not in the high numbers he claims. For that reason, the new office might get some pushback in Congress (or it should) since actually, crime rates are down, overall, in many American cities.

But the VOICE program is not necessary. The proposed VOICE program is actually a substitute for the border wall that Trump promised during his presidential bid. (Sorry, everyone, that wall is not happening.) The new president likely won't be able to build a wall along the border to block the immigrants that he claims are ravaging American communities. And now, given the fact that immigration from Mexico has slowed dramatically in the past few years, the proposed VOICE program feels a little absurd.

Instead of focusing on real immigration reform, Trump's proposed VOICE office within ICE will only stoke fear among Americans and anyone in the United States who hopes to seek a legal path to citizenship or even a work visa.

When Trump talks about "victims of immigrant violence" he fans the flames of hate and fear. He said that he wants to switch "away from this current system of lower-skilled immigration, and instead [adopt] a merit-based system." The president added, "It will save countless dollars, raise workers' wages, and help struggling families — including immigrant families — enter the middle class."

Aside from that, Trump didn't lay out a real plan about how to provide a real path to citizenship for immigrants coming into the United States. His proposed VOICE program sounds more like a witch hunt than a real policy.

If you know anyone in the country on a green card, any kind of visa, or without documents, and they are as confused as anyone else is, the American Civil Liberties Union is a safe space to learn about what resources are available going forward. For now, it's about the only thing we can do.